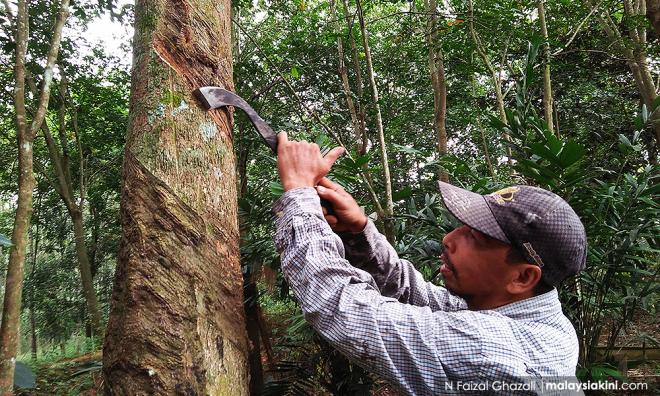 Yoursay: I’m from the estate and I didn’t steal or evade taxes

YOURSAY | ‘Estate people may be poor, but at least they work hard to earn an honest living.’

Najib's lawyer says media must not behave like 'estate people’

The Wakandan: Lawyer Muhammad Shafee Abdullah, please do not insult estate people by your insinuation.

Thank you Judge Mohd Nazlan Mohd Ghazali for schooling this hotshot lawyer on the different roles of judges and reporters - the former has jurisdiction over his court proceedings, while the latter have their own code of ethics.

If you behave wrongly in the court, the judge will tick you off.

Vote of One: Pray tell, oh learned Muhammad Shafee Abdullah, what behaviour estate people are you referring to?

Lipdah: Yes, what is wrong with estate people?

I am from the estate. I did not steal billions or evade tax on money received.

Dan: Shafee, are you trying to imply people from the estates (I assume you are implying rubber estates) are uncouth and are uncivilised?

If yes, how dare you express such elitist, sneering view bordering on racism.

Mind you, it is the people from the estates who once help built this country and the British Empire through their rubber production. Learn your history, Shafee.

Darmakochi: I was a boy from a rubber estate. My grandparents and parents worked in rubber estates and I am very proud of that.

They used to wake up very early in the morning to tap rubber so that the yield of the latex will be better. This latex contributed to the development of this nation.

There are so many ungrateful people in this country who do not appreciate the contributions of such 'estate people'.

I am not the least ashamed to call myself an estate boy. I used to help my parents during the school holidays.

Through their sweat, I am now a very successful lecturer at a private university, and after my retirement, I worked as a teacher and later as a principal in many schools, starting from Kelantan followed by Penang and finally in Kedah.

If what had been reported about what you said is true, then I don't have enough vulgar words in Tamil to describe you. I am very sure you know these words.

Anonymous_bb046530: Estate people may be poor but at least they work hard to earn an honest living. It’s more than I can say for you and your client.

Lone Star: The hotshot lawyer must bring up his client to speed with regard to his knowledge of court etiquette.

But even a slow learner would pick things up with his numerous court trips in the recent past, present and future.

The lawyer can also have brain fart moments. So, stop labelling rakyat as "estate people"; we are all rakyat.

If what is claimed to be a “man in the mirror” moment is true, prove it with a forensic check on Najib’s mobile phone.

Nik: Estates have created ministers, judges, lawyers, doctors, ambassadors, and many fine citizens. So, what is your point, counsel?

Evin K: The type of arrogance displayed by Shafee here is typical of Umno-BN mentality and is an example of everything that was wrong with them and why the rakyat decided to get rid of them.

This sort of mentality is cancerous for any nation. He truly believes he is better than the people living and working in the estates just because he lives a life of privilege. Shame on him.

Malaysian Malaysian: Shafee, it's your client who needs educating as to decorum, with his "toilet break", not getting into the dock, falling asleep, handshakes from the dock, et cetera.

Cease picking on the media to deflect attention from your client's behaviour.

Newday: Funny that the accused was reported as moving the phone around, yet apparently, he was using it as a mirror. The two accounts are quite different.

Why move the phone around if he was using it as a mirror? Why divert the court's attention to the accused and his vanity?

Just take the phone away from him and swap it with a mirror. He can then attend to his vanity as much as he wants without disturbing the proceedings.

Toffeesturn: How many people do you think believe Najib and how many believe the reporter? I think Malaysiakini should conduct a survey among its readers to see who has the greater credibility.

KingKriolle: Najib is no ordinary person, surely not an estate person. A person of his stature should know better than to use his handphone whilst court proceeding is taking place.

He must respect the sanctity of the court. Using the camera function as a mirror is something which a kampung thug might do, but not him, a former premier.

Time is better spent looking at himself in the mirror. There is no better way to pass time in court.

Today, he is off to Sandakan for some excitement and public attention. And get some adulation from the ignorant and fawning crowd with the ilk of Umno supreme council member Lokman Adam, whose call for everyone to wear black today must have fallen on deaf ears.

Dudeno: By the way, I’ve never seen an estate worker miss a day of work because their dog injured his hand.