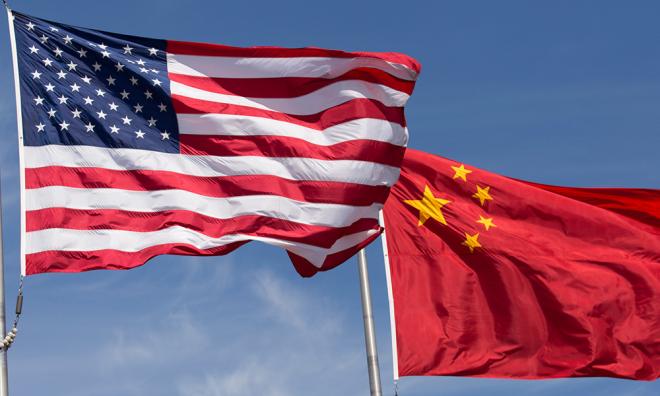 US hikes tariffs on Chinese goods, China set to strike back

US President Donald Trump's tariff increase to 25 percent on $200 billion worth of Chinese goods took effect on Friday, and Beijing said it would strike back, increasing tensions as the two sides pursue last-ditch talks to try salvaging a trade deal.

China's Commerce Ministry said it "deeply regrets" the US decision, adding that it would take necessary countermeasures, without elaborating.

The hike comes in the midst of two days of talks between top US and Chinese negotiators to try to rescue a faltering deal aimed at ending a 10-month trade war between the world's two largest economies.

Chinese Vice Premier Liu He, US Trade Representative Robert Lighthizer and US Treasury Secretary Steven Mnuchin talked for 90 minutes on Thursday and were expected to resume talks on Friday.

The Commerce Ministry said that negotiations were continuing, and that it "hopes the United States can meet China halfway, make joint efforts, and resolve the issue through cooperation and consultation".

With no action from the Trump administration to reverse the increase as negotiations moved into a second day, USS Customs and Border Protection imposed the new 25 percent duty on affected US-bound cargoes leaving China after 12:01 a.m. EDT (0401 GMT) on Friday.

Goods in the more than 5,700 affected product categories that left Chinese ports and airports before midnight will be subject to the original 10 percent duty rate, a CBP spokeswoman said.

The grace period was not applied to three previous rounds of tariffs imposed last year on Chinese goods, which had much longer notice periods of at least three weeks before the duties took effect.

"This creates an unofficial window, potentially lasting a couple of weeks, in which negotiations can continue and generates a 'soft' deadline to reach a deal," investment bank Goldman Sachs wrote in a note.

"Given this detail, downside to sentiment might be slightly more muted than if the tariff increase came with a 'hard' deadline. This also leaves an opportunity for the two sides to reach an agreement in the next couple of weeks, though challenges remain."

US stock futures fell and Asian shares pared gains after the US tariff hike, with investors worried that a protracted trade war could hamper global economic growth.

Chinese share markets fell on their reopen after the lunchbreak, but quickly recovered ground.

The biggest Chinese import sector affected by the rate hike is a $20 billion-plus category of internet modems, routers and other data transmission devices, followed by about $12 billion worth of printed circuit boards used in a vast array of US-made products.

Furniture, lighting products, auto parts, vacuum cleaners and building materials are also high on the list of products subject to the higher duties.

Gary Shapiro, chief executive of the Consumer Technology Association said the tariffs would be paid by American consumers and businesses, not China, as Trump has claimed.

"Our industry supports more than 18 million U.S. jobs – but raising tariffs will be disastrous," Shapiro said in a statement.

"The tariffs already in place have cost the American technology sector about $1 billion more a month since October.

That can be life or death for small businesses and startups that can't absorb the added costs."

Even without the trade war, China-US relations have continued to deteriorate, with an uptick in tensions between the two countries over the South China Sea, Taiwan, human rights and China's plan to re-create the old Silk Road, called the Belt and Road Initiative.

A post-normal world - Trump, China & the Mahathir-Anwar alliance
2 May 2019
Need for caution over China’s Belt and Road Initiative
29 Apr 2019
China's Xi says Belt and Road must be green, sustainable
26 Apr 2019