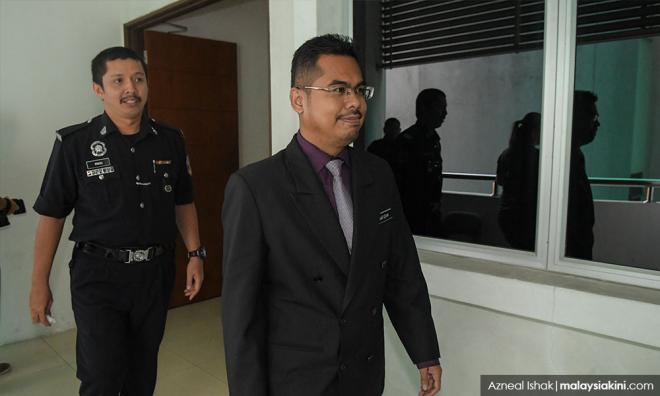 There would be two deaths if Adib pulled from van, inquest told

INQUEST | The Coroner’s Court was told today that there would have been two deaths if Muhammad Adib Mohd Kassim was pulled out from his Emergency Medical Rescue Service (EMRS) van in the Seafield Sri Maha Mariamman Temple riots last November.

Kuala Lumpur Hospital forensic expert Dr Ahmad Hafizam Hasmi said that if the firefighter was pulled out, the perpetrator would also be in danger, as both were on the left side of the EMRS van.

Hafizam, the inquest's 24th witness, said both the perpetrator and Adib would thereby be exposed to serious injuries that could lead to death if such a scenario had played out.

"(If we take) the suggestion from (retired pathologist) Dr Shahrom Abd Wahid that the firefighter was pulled from the van, then the perpetrator would have faced the same danger, as both were in the danger zone, being at the left side of the EMRS van.

"...the investigating officer for the case also said that at the time of the incident that no other person was injured,” he said.

Hafizam was testifying at the 33rd day of the inquest into the death of Adib in Shah Alam.

The pathologist also disagreed with some of the theories presented by Shahrom, the 29th witness, pertaining to Adib’s death.

In his summary, Hafizam said Shahrom’s theory does not correspond with the pattern of injuries sustained by the victim.

“Shahrom’s theory only highlighted certain injuries on the upper and right arm (of Adib), apart from the fact that injury did not fit the short period in which the victim was injured,” he said, reiterating that Adib got down from the EMRS van by himself during the incident.

Adib, a member of EMRS unit of the Subang Jaya Fire and Rescue Station, was seriously injured during the Seafield Temple riots on Nov 27 last year.

He died on Dec 17 at the National Heart Institute.