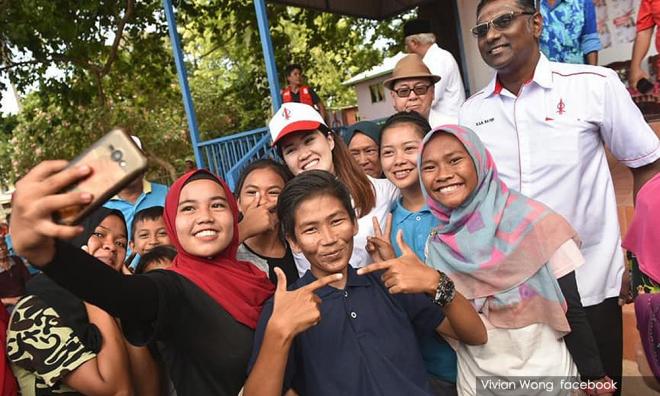 YOURSAY | ‘Racial polarisation is deep-seated in the peninsula, not so in Sabah.’

National implications of the Sandakan by-election

The Wakandan: The different by-election results in Rantau and Sandakan are food for thought, especially since the electorate composition are nearly the same. Pakatan Harapan lost in Rantau but won in Sandakan.

Everything being or nearly equal, perhaps it boils down to the mentality of the electorate in both places respectively.

Racial polarisation is deep-seated in the peninsula as compared to Sabah, and therefore Muslims in Sabah have no problem in being pragmatic to support the Harapan government.

They see the obvious failings and corruption of BN. It is only logical that they voted for Harapan, which toppled BN.

Not so in Semenanjung (the peninsula). Even though they also see BN’s failings and corruption, their hatred for Harapan parties with the DAP factor, caused by a long history of racial animosity, has prevented them from acting on the obvious. Their voting trend was governed more by emotion than pragmatism.

Besides, Sabah and, for that matter, Sarawak, have no sultans and therefore are not fixated on defending or being sensitive to the royal institution.

Semenanjung leaders need to be aware of this. Sandakan and Peninsular by-elections are two different beasts really.

Harapan should identify the source of their problem and perhaps they should put more effort and focus into addressing it to secure the trust of the different races.

As the incumbent, the mechanism to do this is in their favour and they should start now. In launching aggressive campaigns to promote racial harmony, they have nothing to lose.

After all, this had been done all the time by the Alliance and, later, BN.

Drngsc: Good analysis, and a timely word of caution.

Yes, Harapan did well in Sandakan. That is Sabah. The peninsula is a different kettle of fish.

Anyway, time will tell. Not that we wish for any more by-elections.

P: Sabahans are different from Peninsular Malaysians. Here, at the pasar, we can eat pork right next to another gerai (stall) where Muslims eat halal food and there is no problem. It's like the good old days before May 13, 1969.

Lest Thou Forget: One of the reasons I know why more people, especially the Chinese, are supporting Harapan/Warisan is because of the big problem they are facing in the oil palm industry, especially due to the complicated Malaysian Sustainable Palm Oil (MSPO) Certification application, low commodity prices and shortage of labour. All these issues can only be resolved by the government.

Especially for Sandakan, it had gone through a prosperous timber boom, then a collapse of the cocoa industry. So they do not wish to go through that same disaster again. Simply put, they have no alternative but to try out the present government.

There are many more reasons why they have no other choice but to support the present government.

Ocean Master: Indeed, the victory reflects the social divide in the nation.

Sandakan is the second most populated town in Sabah with more urban voters as opposed to the previous by-elections. Harapan still had to engage the voters on the ground on bread-and-butter issues.

Tidak Harapan: It would seem that Sabah voters are more discerning than those Umno and PAS supporters in the peninsula who don't seem to care about rampant corruption, to the detriment of their moral fibre and ability to work honestly.

Think again if you wish to be respected. Stop creating racial and religious conflicts and work together towards a greater nation.

These are localised elections and must be seen as that. They cannot be used to gauge national support.

Sabah's own 'Bossku' hopes Umno gets the message

Anonymous 770241447347646: The results show the Umno and PAS way of using race and religion is not accepted by the Sabahans. It is a clear sign of rejection. Without Sabah and Sarawak’s support, Umno and PAS cannot take over Putrajaya.

It also shows that the Sabahans do not want the culture of division to reach their shores.

Any political party in Sabah which wants to extend its support base in Sabah has to find ways to unite the people and also consider the interest of all Sabahans and not any particular race.

Mission Accomplished: Sabah Chief Minister Mohd Shafie Apdal got it right. He consolidated the Harapan coalition and Warisan as a strong alliance.

The next target is the Sarawak state election. The fear, however, is that PKR and Bersatu may both be greedy coalition partners, with obtaining maximum seat allocation being their main concern.

Cogito Ergo Sum: This was a good lesson in effective leadership by Shafie.

Let Peninsular politicians learn from the folk in Sandakan and Sabahans. Racial and religious rhetoric only work if you respond to them.

Congratulations to the chief minister and Sabah for being the guiding light for all Malaysians.