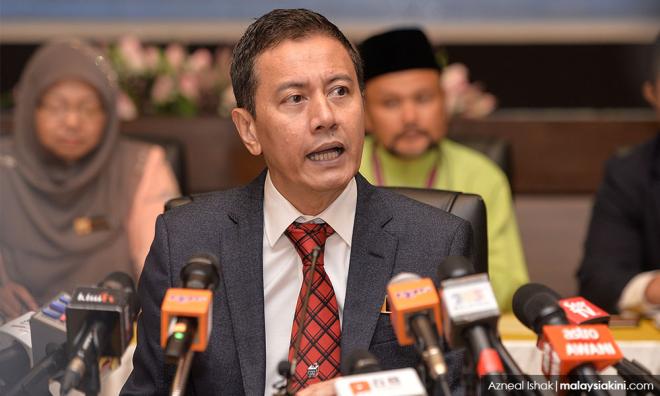 The Election Commission (EC) is prepared to meet with Pakatan Harapan and others to obtain their views and feedback to improve the election process, said its chief Azhar Azizan Harun.

“This is in line with the EC's work process and openness to garner feedback from all quarters, especially those directly involved in the election process.

“Our main focus is to shape an election process which is fair to all, conducted with integrity and in a fair manner,” he added in a statement this evening.

Azhar said this in reference to Prime Minister Dr Mahathir Mohamad complaining about the EC prohibiting the use of government assets and members of the administration from campaigning during office hours.

On Tuesday, Mahathir had urged the commission to reconsider these conditions, which he described as grossly unfair.

The premier also revealed that he had to charter a helicopter in order to hit the campaign trail for the recent Cameron Highlands by-election.

"The restriction is as if giving a chance to the opposition parties that have no work and want the job. They can campaign 24 hours, but the ministers can't do the same,” he had said.

Meanwhile, Azhar said the EC has undertaken various measures to improve the election process following the last national polls and is looking at the matter from a holistic viewpoint to determine the reforms which can be implemented.

In this context, he pointed out that steps to improve the election process, without having to amend the existing laws, have been put in place.

Whereas those involving amendments to the laws, he said, would require the EC to conduct further research.

“To improve the election process, the EC has engaged various quarters such as political parties, NGOs, social organisations, government agencies and international organisations,” he added.

Prior to the last general election, the then opposition had often accused the EC of working hand in glove with the BN administration.

The Harapan government has since formed a tribunal to investigate former EC commissioners for their alleged misconduct in the run-up to last year's polls.