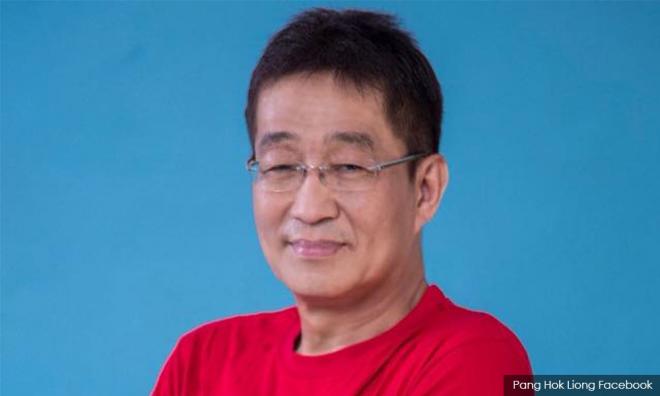 Labis MP Pang Hok Liong today filed a police report over a purported slanderous Facebook posting in relation to his visit at the Jamek Tenang Stesen mosque on Friday.

In his police report, Pang said that a Facebook page called Ops Johor had uploaded a post with the caption 'Adun Tenang; Bawak Masuk Anjing Dalam Masjid' (Tenang assemblyperson brought a dog into the mosque).

"I am upset because I was just fulfilling my obligation as a responsible MP in my area.

"I was invited to hand out my contributions to the mosques and suraus in the area in conjunction with the fasting month," he said.

Pang said that the slander had stirred a racial issue which had caused unease to the public.

In a statement on Saturday, Sultan Ibrahim Sultan Iskandar was incensed over the DAP lawmaker delivering a speech in the mosque, accusing him of politicking and challenging the position of Islam.

Pang is said to have disobeyed a Johor Islamic Council circular barring all politicians, except the menteri besar and state religious affairs exco, from delivering speeches for official programmes in mosques.

A photograph of the veteran lawmaker giving a speech at Majlis Tenang Steysen in Labis on May 10 had gone viral on social media.