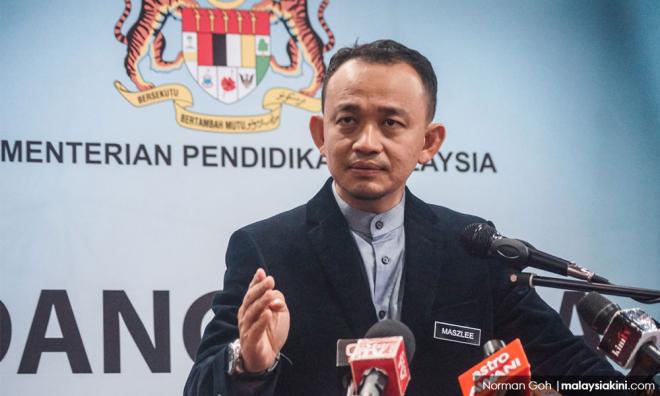 A storm is raging and dividing Harapan supporters

ADUN SPEAKS | A storm is raging and dividing our supporters in Pakatan Harapan.

In fact, as far as I know, the petition started by Stephen Ng was only hitting 600 petitions in the first two weeks over issues in the Chinese schools, but the number has hit over 100,000 in the past few days thanks to Education Minister Maszlee Malik.

To prime minister Dr Mahathir Mohamad, I say this - what Malaysia needs is a minister of education for all Malaysians and not people of any particular race.

What Maszlee said regarding the quota for matriculation has not gone down well with supporters of the New Malaysia agenda.

This is seen as a continuation of the old agenda which, among other reasons, caused Barisan Nasional to collapse.

While we are all trying to promote a Bangsa Malaysia, Maszlee has gone in the opposite direction.

His arguments for the bumiputera quota for matriculations are deeply flawed.

The moment he talks about the requirement of Mandarin for certain jobs, he received all the whacking he deserved on social media.

Mandarin, or any language for the matter, is a job requirement which is dictated by market forces.

The comparison that he made is flippant at the very least, and more like the kind of statements made by the likes of Tengku Adnan, Ismail Sabri and even ex-premier Najib Abdul Razak.

Instead of excluding young people based on a race quota, he should have been more circumspect with his comments.

A hybrid solution should have been conceived to address the need of straight A students, especially from the B40 group, to be accepted into the matriculation programme irrespective of race and religion.

This would have given a more positive perception of the New Malaysia.

Maszlee’s other comments about a majority of Chinese being wealthy enough to send their children to private universities is also a failure to understand the socio-economic status of the Chinese community.

Many have to stinge on every sen of their monthly income in order to see through their children’s education. Maszlee has also failed to see that many Malays have made it to the top 20 percent and they can afford to send their children to international schools and universities overseas.

We are all racing against time to deliver the promises made during the last general election, and there is no time for newbie ministers to learn the ropes.

We need a better education minister. The longer we wait, the more people will become disillusioned with your leadership.

Yoursay: Maszlee didn't start education rot, but isn't stopping it
20 May 2019
Matriculation debate highlights need to stop racialising issues - academic
20 May 2019
Kit Siang warns of campaign to portray DAP as out to get Maszlee
20 May 2019
Maszlee: Increased matriculation intake historic, win-win for all
29 Apr 2019
MP ‘baffled’ by Maszlee linking matriculation to Mandarin requirement
17 May 2019