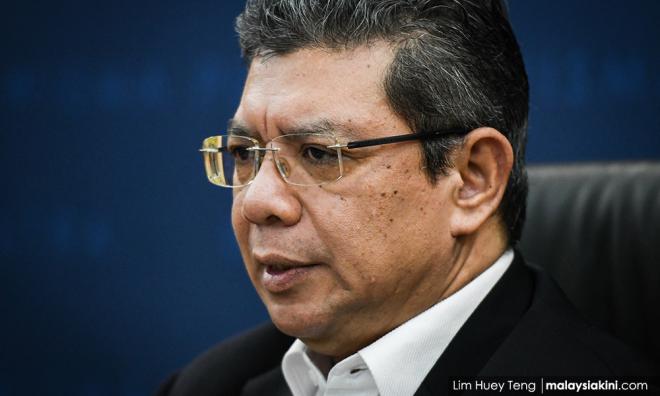 The government is seeking to help a Malaysian scheduled to hang in Singapore on Friday for drug trafficking, Foreign Minister Saifuddin Abdullah said today.

“Just now I discussed this with Liew, and he is working on behalf of Putrajaya to try and convince the Singapore government to spare Pannir the death penalty,” he told reporters at a Ramadan programme in Kampung Tengah, Kluang today.

Saifuddin was asked to comment on a request from Pannir’s family for Putrajaya to intervene, because he had allegedly not been given enough opportunity to apply for clemency under the republic’s laws.

Saifuddin said in similar cases in the past, the government had also taken the same approach of trying to get lighter sentences for those on death row.

This is in line with Malaysia’s move to place a moratorium on the mandatory death sentence.

Asked how Putrajaya could resolve the allegedly short notice for carrying out the death sentence, he said there was nothing much it could do.

“Because this is how Singapore administers their law. There is not much room for us to complain, but normally what we do is we will try our best to help our people,” he said.

Today, Pannir's family through human rights group Lawyers for Liberty turned to Putrajaya as their last hope to save him from the death penalty.

This followed their unsuccessful attempts to save him, including a final clemency appeal to Singapore President Halimah Yacob.

Pannir, 32, was convicted of trafficking drugs by the Singapore High Court on June 27, 2017.

Drug mule's family begs Putrajaya to intervene in S'pore execution
21 May 2019
Lawyer calls on S'pore to halt yet another execution of M'sian
18 May 2019
Best to keep drug offenders out of jail, says Liew
5 Apr 2019
Death penalty has no place in modern legal system
16 Mar 2019