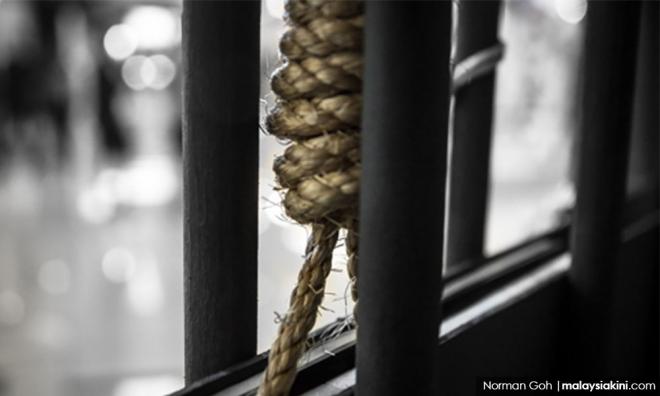 The family members of a Malaysian on death row in Singapore have called for the intervention of Putrajaya to halt his upcoming execution in Changi Prison on Friday.

Pannir was not given his chance of clemency under Singapore law, said Sangkari, Pannir's sister in a statement today.

She said the family was stunned last week when it received the letter refusing clemency and a notice of execution dated the same day.

"Obviously, this can't be right. Pannir was not given his chance for clemency under the Singapore laws," she said.

"Neither did the public prosecutor give Pannir the certificate of assistance despite him having provided information to the authorities. This certificate could save his life and is his entitlement," she added.

"We now make this open and urgent appeal to the Malaysian government to take this up with the Singapore government, to appeal for Pannir's life," she said.

"Please give Pannir and our family a second chance," pleaded Sangkari.

"He is a good person who came from a good home. He has always been kind and selfless to others.

"This may seem contradictory as he has been convicted. But this is the truth that we know and which keeps us alive and hoping," she added.

Last week, Lawyers for Liberty adviser N Surendran pleaded with the Malaysian government to make strong representations for the death sentence imposed on P Pannir Selvam, 32, to be commuted to imprisonment.

He has denied knowing he was carrying prohibited drugs, and the Singapore High Court judge, in convicting him, had also found that he was a mere drug mule.

Lawyer calls on S'pore to halt yet another execution of M'sian
18 May 2019
Sarawakian Michael Garing executed in S'pore
22 Mar 2019
Prabu's final message before execution: Stay away from drugs
26 Oct 2018
Prabagaran's last smile before his execution
15 Jul 2017
UN intervention sought in S'pore death row case
2 May 2011