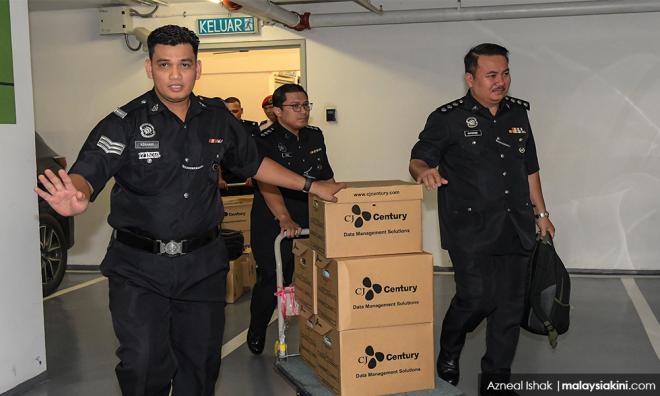 Police today raided the office of Deloitte Malaysia in the capital, a move believed linked to the 1MDB investigation, reported The Star.

No arrests were reported as of 3.15pm. Documents and files were confiscated during the raid, which is ongoing.

The police officers were seen leaving the building with boxes at 5.55pm today.

"I can confirm that we have raided the firm and seized documents to help with our probe into the 1MDB case.

"A team from the Bukit Aman CCID conducted the raid in line with their ongoing investigations into the case," he was quoted as saying by The Star.

Deloitte had audited 1MDB's financial statements for 2013 and 2014 before it withdrew as the beleaguered state investment fund's auditor in early 2016.

Deloitte was 1MDB's third auditor after the fund fired its earlier auditors, KPMG and Ernst & Young.