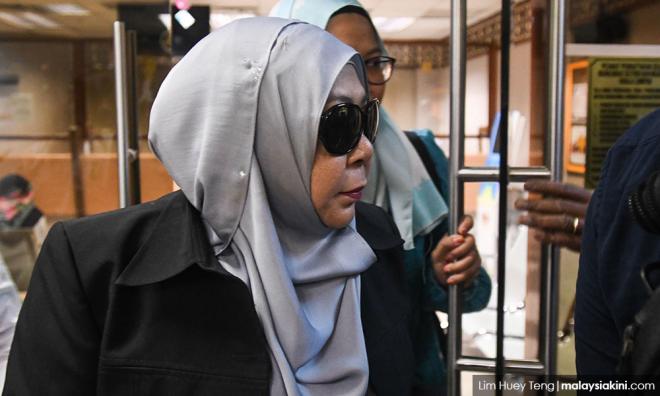 According to Bernama, this came after Hasanah failed to appear in court for case management proceedings this morning.

She is facing charges of criminal breach of trust involving RM50.4 million belonging to the government.

Hasanah allegedly committed the offence at the office of the director-general of the Research Division, Prime Minister’s Department, Putrajaya, between April 30 and May 9, 2018.

The charge, which was made against her in October last year under Section 409 of the Penal Code, carries a maximum penalty of 20 years’ imprisonment,  whipping and fine, upon conviction.

The law firm representing Hasanah later claimed that their client has "forgot" about the scheduled case mention.