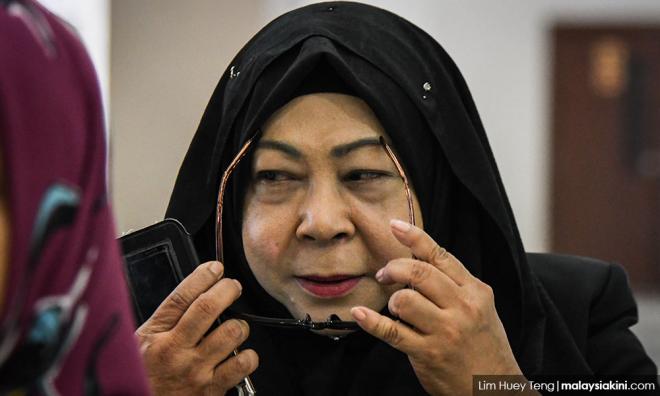 Hasanah Abdul Hamid "forgot" about the scheduled case management of her criminal case at the Kuala Lumpur High Court this morning and was not attempting to flee, according to her law firm.

Azam Aziz Shaharudinali & Co further took the blame for the former Malaysia External Intelligence Organisation director-general's absence, saying the firm too forgot to remind their client to be present.

The firm's explanation came after the High Court issued an arrest warrant when the accused failed to turn up for court proceedings.

Hasanah is facing charges of criminal breach of trust involving RM50.4 million belonging to the government.

"The (case) mention process is not a trial. It is just a call for case management in front of the judge to set the trial date.

"Hasanah was at home and she herself forgot about the case mention date," the firm said in a statement.

Azam Aziz Shaharudinali & Co also chided news reports on the arrest warrant for "giving the impression" that their client wanted to run away from prosecution.

In fact, the firm said, the accused was reciting the Quran at home when informed of today's affair.