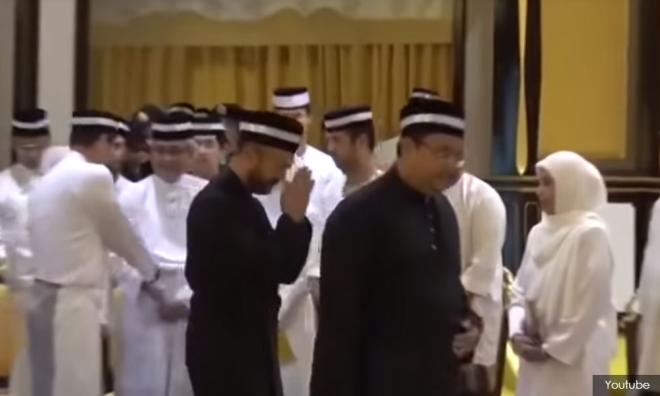 In a media statement this evening, his aide revealed that the Bersatu deputy president has penned a letter to Sultan Ibrahim regarding his action, which was described as a mistake (kekhilafan).

"The menteri besar informed His Majesty that the mistake was due to his 'carelessness' (kealpaan) and does not reflect the etiquette of the people of Kedah," read the statement.

Hairi also claimed that Mukhriz had lost his “Malayness".

“We, from Johor Umno Youth, demand that Mukhriz apologise to the sultan. The people of Johor will never accept such bad culture,” Hairi added in a statement this afternoon.

Friends of Johor noted how Sultan Ibrahim and Tunku Ismail had greeted Mahathir.

Mahathir and the Johor palace have locked horns on various issues, such as the Rome Statute of the International Criminal Court, the appointment of the state menteri besar and the reshuffle of the executive council.

Early this month, the prime minister also launched an acerbic salvo against the crown prince, calling him "stupid" and telling him not to comment on matters beyond his knowledge.