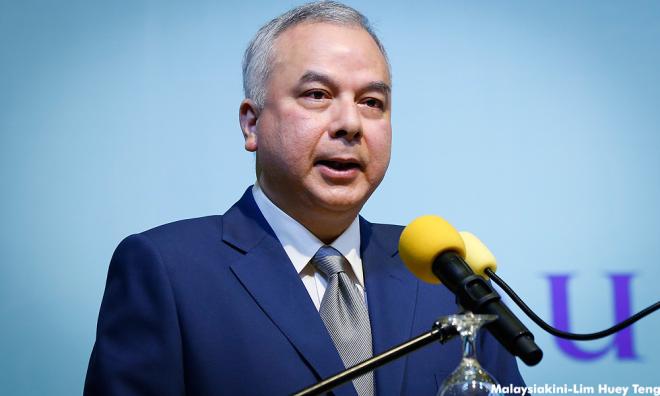 Sultan Nazrin Shah of Perak has consented to the suspensions of mosque and surau committee chairpersons who allowed political party programmes under their watch while investigations are being conducted.

Comptroller of the Perak royal household Abd Rahim Mohamad Nor said the proposal was made by the Perak Islamic Religious Department (JAIPK) director Mohd Yusof Husin.

During their suspensions, Rahim said, the sultan wants their duties be handed to the district Islamic administration officer, in line with Regulation 10(2), 2015 Perak Village Committee Regulations.

"The sultan has directed Yusof to conduct a complete investigation to be submitted to him on the events organised under the name of a political party and religious talks by speakers without credentials.

"The ceramah took place at the Al-Khairiah Mosque in Teluk Intan on May 21 and at the Al-Ittihad Surau in Kampung Temiang in Ipoh on May 24.

"A programme under the name of a political party took place at Surau Diri Jumaat Al-Taufiqiah in Chemor on May 22," he said in a statement issued by the Perak Sultan's Office in Kuala Kangsar today.

Rahim said the sultan received many complaints on programmes organised under the names of political parties taking place in the buildings and compounds of mosques or surau in Perak.

‘’After being briefed, he was satisfied as to the truth in the complaints received from many mosque goers concerning political parties in Perak organising activities in buildings and compounds of mosques and surau, and also political party leaders giving religious ceramah without credentials," he said.

Rahim said that during the audience, the sultan stressed on his stand as the state Islamic religious leader against allowing any programme to be organised under the name of political parties in the buildings and compounds of mosques and surau.

He said Sultan Nazrin also summarised that the escalation of activities by the ruling and opposition political parties at mosques and surau was an unhealthy development with the potential to adversely affect the sanctity of the houses of worships.

‘’The sultan said the parties use numerous excuses such as community service, welfare programme, knowledge event, completing the Quran, aid, but at the same time exhibiting their respective party logos in the buildings and compounds of mosques and surau,’’ he said.

Rahim said Sultan Nazrin also expressed the fears that mosques would be identified and associated with certain political parties if programmes in the names of political parties were allowed at the houses of worship which rightly should play the role of uniting Muslims.

In addition, he said the sultan also urged political leaders in Perak to give their commitment and take the responsibility to protect the sanctity of Islamic house of worships from being tainted by political activities.