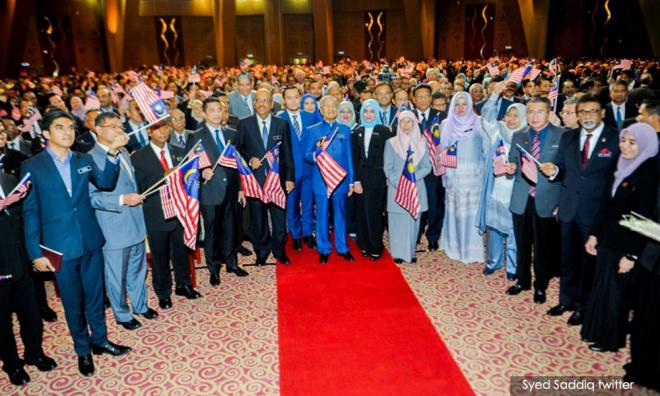 The Public Service Department (PSD) has proposed that Putrajaya bar civil servants from holding political party posts so as to avoid conflicts of interest and abuse of power.

Currently, the civil service support staff are allowed to hold posts in political parties, except for the management-level personnel in the education sector.

The proposal, which is still at the discussion stage at the PSD level, will be forwarded to the Prime Minister's Department for possible Cabinet approval.

“PSD is seeking feedback from ministries and agencies on the proposal," a source was quoted as saying by The Malaysian Insight (TMI).

“After getting the feedback, a proposal paper will be sent to the Cabinet to be deliberated," the source said.

It is understood the proposal came after Pakatan Harapan complained that some civil servants were members of the former ruling parties.

Prime Minister Dr Mahathir Mohamad has reiterated that reform could not be carried out as his administration faced internal sabotage in the civil service.

The PSD is also mulling stopping the practice of political appointments on a contract basis for certain ministry posts, especially in the communications units, the source told TMI.

The ministers can also appoint heads of their communications units - which was previously determined by the Information Department.

The source said conflicts arise when the appointees are also office-bearers in political parties.

Perversion of human rights in 'New Malaysia'
28 May 2019
Are competitive standards a problem for M'sian schools?
28 May 2019
Rekindling our sense of shared identity
25 May 2019
In 'democratic' New M'sia, views of the majority being dismissed
19 May 2019