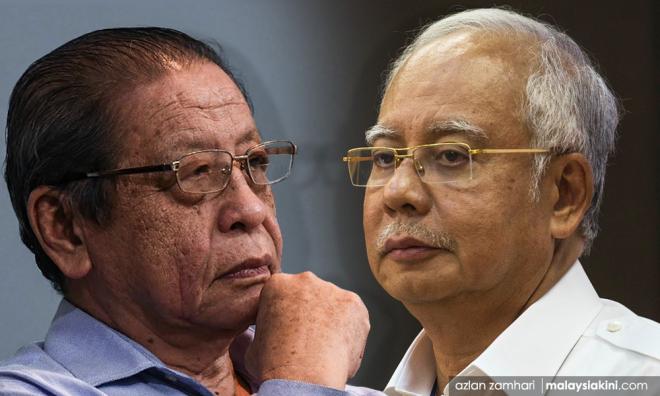 DAP veteran Lim Kit Siang has urged the police to investigate former prime minister Najib Abdul Razak for "activities detrimental to parliamentary democracy" over his actions at the end of July 2015.

At the end of July 2015, Najib had, among others, culled vocal critics of 1MDB from his cabinet, replaced the attorney-general, as well as transferred several high-ranking officers around government agencies, such as the MACC.

"Najib, as prime minister, orchestrated a multi-faceted operation to undermine parliamentary democracy by attacking important principles of democracy in Malaysia, like the rule of law, the doctrine of separation of powers, good governance and public integrity," Lim said in a statement today.

Sections 124B to 124N were introduced into the Penal Code in 2012 during Najib's premiership, which deals with criminal offences of "activities detrimental to parliamentary democracy".

Lim said this law was used during Najib's tenure against his critics and opposition leaders, including those who tried to expose the 1MDB scandal.

The list of those who were arrested or charged under this provision includes then Bersih chairperson Maria Chin Abdullah, PKR vice-president Rafizi Ramli and former Batu Kawan Umno vice-chief Khairuddin Abu Hassan, among many others, he said.

Lim also questioned whether the opposition would oppose the repeal of the provisions related to "activities detrimental to parliamentary democracy" as they did in the Pakatan Harapan government's attempt to repeal the Anti-Fake News Act 2018.

"The Malaysian people, through the historic decision of the 14th general election on May 9, 2018, had saved Malaysia from a terrible fate that would have befallen the country if Najib had been re-elected as prime minister of Malaysia.

"Malaysians must not easily forget the darkness which they had escaped from by the historic decision of May 9, 2018," Lim said.