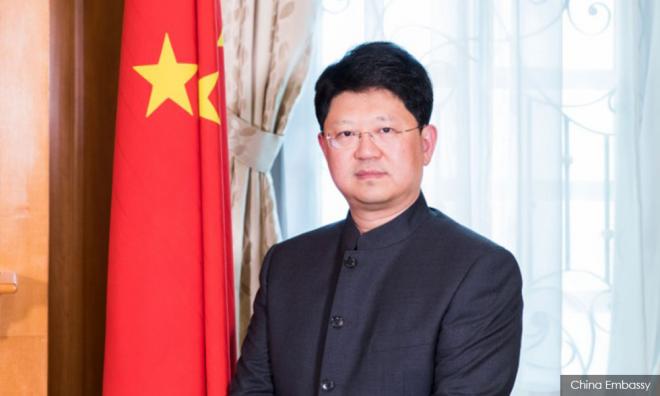 May the China-Malaysia friendship last forever

COMMENT | Friendship plays a very important role in Chinese culture. In the Analects, Confucius says: “It is always a pleasure to greet a friend from afar.”

Forty-five years ago, a Malaysian friend came from afar to visit China. He was the second prime minister of Malaysia, Abdul Razak Hussein.

It was during this visit that China and Malaysia officially established diplomatic relations, and ushered in a new era of friendly exchanges between two ancient civilisations.

Over the past 45 years, with the joint efforts of successive Chinese and Malaysian leaders, China-Malaysia relations have witnessed a leap forward, with fruitful cooperation in various fields and tangible common interests to the peoples of both countries.

Forty-five years ago, the official exchanges and cooperation mechanisms between the two countries were only starting. Now, friendly exchanges at all levels have blossomed.

The two countries have high-level exchange visits almost every year. The two sides have established dialogue and cooperation mechanisms in various fields such as diplomacy, economy, trade, agriculture, defence and security.

Dr Mahathir Mohamad has visited China a total of nine times during his two terms as the prime minister of Malaysia.

On the occasion of 45th anniversary of the establishment of diplomatic relations between China and Malaysia this year, Mahathir visited China to attend the second Belt and Road Forum for International Cooperation (BRFIC).

On the sidelines, Mahathir had meetings with Chinese leaders and exchanged views on the new grand blueprint for China-Malaysia cooperation.

The Two Countries, Twin Parks project has progressed smoothly, while projects such as the East Coast Rail Link and Bandar Malaysia have been revived.

Cooperation, such as between Zhejiang Geely Holding Group and Proton Holdings Bhd, and the Alibaba Digital Free Trade Zone are going full steam ahead.

With the support of Chinese enterprises in Malaysia, about 19,000 Malaysian employees have received technical training in recent years, and the scale of this kind of training will continue to expand in the future.

Over the past 45 years, China-Malaysia relations have withstood international and domestic vicissitudes, growing from a small sapling of friendship to a towering tree, and its abundant fruits have brought about tangible benefits to the people of the two countries.

Such accomplishments are not accidental. There must be good practices and experiences in the past, from which we can draw lessons.

The governments on both sides have always adhered to the principles of mutual equality, respect, trust and sincerity.

Perhaps we do not agree on every issue, but the two sides have always insisted on handling differences through friendly consultations, building up consensus and mutual trust.

No matter how the situation changes, the great foresight of the leaders of the two countries and the deepening political trust between the two countries will safeguard the healthy development of China-Malaysia relations.

Win-win cooperation is the continuous source of water for this tree. Both China and Malaysia support economic globalisation, openness and cooperation. Malaysia is one of the first countries to participate in and support the Belt and Road initiative.

As Mahathir said, in a recent message in the Malaysia-China Friendship Association souvenir book  to mark the 45th anniversary of diplomatic ties between the two countries: “I have always believed in the principle of prosper thy neighbour and as China prospered, it has, in turn, prospered Malaysia as well,” - to which I cannot agree more.

Both sides have advantages of their own, demands from each other and provide opportunities for each other. Our interests are closely integrated.

China has always adhered to and will further carry on the spirit of equality, mutual benefit and win-win results in its cooperation with Malaysia. China will pursue shared benefits instead of seeking selfish interests.

With the unremitting efforts to enlarge the pie of common interests between our two sides, there will a steady driving force for the sustainable growth of China-Malaysia relations.

The friendship between the people of the two countries are the roots of the tree going deep to the ground.

The eminent monk Yijing of the Tang dynasty and General Zheng He of the Ming dynasty heralded the historical friendly exchanges between China and Malaysia. Malacca's Baba and Nyonya community is the best evidence of the strong bond that links our two peoples and cultures from ancient times.

In modern times, the peoples of both countries have always kept watch and helped each other in the face of disasters and difficulties.

Polls show that more than 70 percent of Malaysians have a favourable view of China, the highest among Asean countries. The over six million Chinese Malaysians even play a special role in promoting China-Malaysia friendly relations.

The participation and support from the people provide the strongest foundation for China-Malaysia relations, and as the friendship and cooperation has been boosted, it has, in turn, benefited the people most.

Now China is striving for the dream of the great rejuvenation of the nation, and the Pakatan Harapan government also proposed the Shared Prosperity 2030 agenda recently.

China and Malaysia, like old friends, are facing new situations and opportunities. As the 15th Chinese Ambassador to Malaysia, I would like to express my heartfelt respect and gratitude to everyone who has been committed to China-Malaysia friendship over the past 45 years.

And I also hope to make joint efforts with all of you, to carry forward the cause pioneered by our predecessors and forge ahead into the future to better promote the development of China-Malaysia relations.

China and Malaysia shall be friends forever and shall help each other to pursue common development in the long run.

May the friendship between China and Malaysia remain forever.

BAI TIAN is the Ambassador of China to Malaysia.