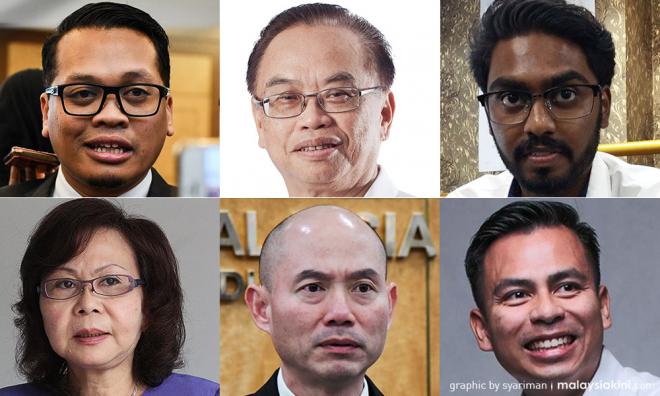 Umno Youth is questioning the extent of the role to be played by the Federal Territories Ministerial Council and its decision-making influence.

This, he said, included the council members’ powers over the budgets of Khalid’s ministry as well as the local authorities.

“First, what is the power of the Ministerial Council members? Does it mimic the state executive council?

“Two, do the members influence every decision, and is the Ministerial Council directly involved in the approval of the budgets for DBKL or the ministry?

“Thirdly, will this be a ticket for Members of Parliament in the Federal Territories to utilise the ministry’s and DBKL’s assets and financial assistance for administrative and personal purposes?” he said in a Facebook post today.

Taking a dig, Fadzmel, who is also Setiawangsa Umno wing vice-chief, said the formation of the council indicated Khalid’s own inability to carry out his duties as federal territories minister.

He also cited alleged rumours that the council was a way for Khalid to “buy the souls” of the MPs.

As such, he said it was up to Khalid to justify the need for the council.

Khalid first announced the formation of the council last July, to oversee the development of Kuala Lumpur.

At the time, he said the MPs’ involvement was limited to development planning after the year 2020, following the implementation of the Kuala Lumpur Structure Plan 2020.

However, he reportedly said the council would have higher authority than DBKL in negotiations and decisions on projects.

Fadzmel’s statement came following the appointment of the six KL MPs to the council yesterday.

The MPs and their portfolios are:

The minister said the six MPs comprised those not holding other positions such as a minister, deputy minister or special envoy. They would assist his ministry and DBKL, without receiving any additional allowances.

Federal Territories
Related Reports
Khalid: Ministers Council formed, six KL MPs on it
30 May 2019
'Tmn Rimba Kiara cabinet paper to be submitted after Raya'
30 May 2019
Minister: DBKL wants all community halls to be under it after Hari Raya
30 May 2019
Longhouse residents urge PM to ensure Taman Rimba Kiara project proceeds
29 May 2019