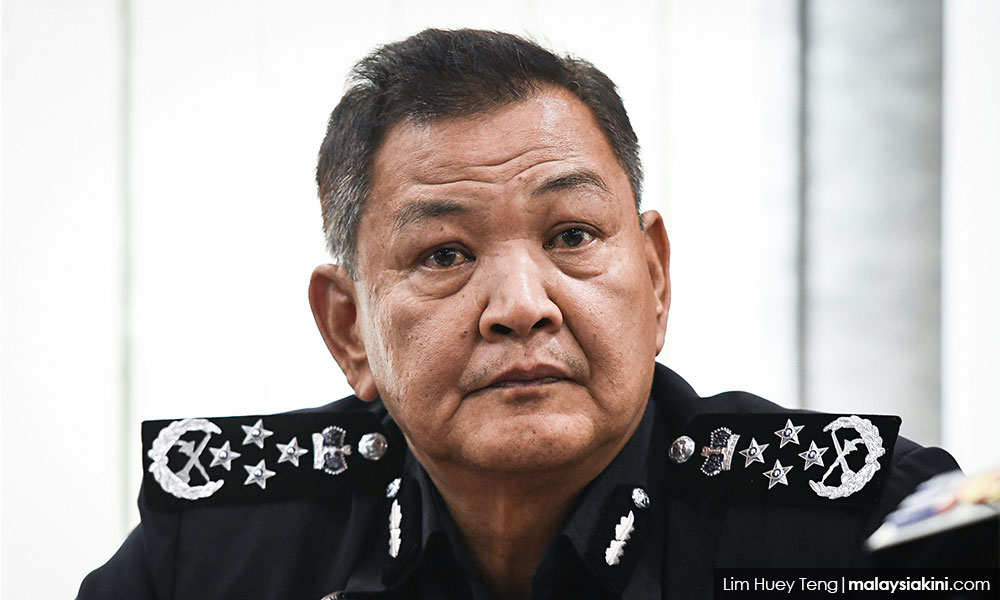 He said despite his earlier warning not to do so, there are still those practising this.

In a memo sighted by Malaysiakini, Hamid said these district police chiefs are instructing their subordinates to collect the funds.

Describing this as “detestable”, he said the funds are collected on the grounds to purportedly sponsor Hari Raya celebrations.

“What is more despicable, there are those who collect the funds claiming it would be forwarded to the asnaf (those eligible for zakat or tithe)

“I am warning again that this heinous act must stop with immediate effect before stern action is taken against those involved.

“Do not tarnish the reputation of the force or become embroiled in corruption and abuse of power,” he added.

This is not the first time Hamid has issued a warning to his personnel. Last month, he gave an ultimatum to all police officers to sever ties with the underworld.

"I will do my best to clean up corrupt practices in the police force.

"An example is illegal gaming and vice syndicate operations, which have seen police officers being compromised by these syndicates.

"I have issued a warning, an ultimatum to all these officers to cut off connections with these syndicates," he had said.

Hamid was appointed as the federal police chief in May, succeeding Mohamed Fuzi Harun, who retired.

Hamid Bador
police
Related Reports
IGP: Viral message about Jho Low's arrest incorrect
a year ago
My role is to convince officers about IPCMC once it's finalised - IGP
a year ago
IGP on Suaram's police intimidation claim: We just wanted to question them
a year ago
IGP: We are open to looking into jailed cop's claim that he was framed
a year ago