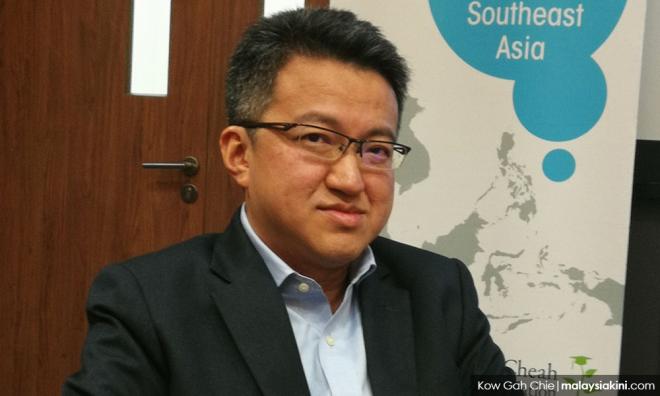 M'sia doesn't want to choose between US and China - Liew

Amid the trade war between China and the US, Deputy Defence Minister Liew Chin Tong said Malaysia does not want to be forced to pick sides between the two superpowers.

He said a situation where a country must take sides between the US and China would rob other countries of their agency.

“If we only see this in the perspective of China and the US, then there is no agency for anyone else, and I think what we are trying to do both in Malaysia and Singapore is to construct an alternative way.

The US and China have been engaged in a tit-for-tat that entailed raising tariffs on each other’s goods and the former blacklisting the Chinese telecommunications equipment manufacturer Huawei.

Prime Minister Dr Mahathir Mohamad (photo) had previously said Malaysia would favour the “rich” China over the “unpredictable” US if forced to take sides, but said this is a purely economic consideration.

Meanwhile, Liew conceded that it would be a challenge to work with both China and the US, but said the same also applies to all other countries.

He described 2019 as the end of a three-decade period that began with the fall of the Berlin Wall in 1989, and the new era would have new rules and a different balance of power.

“But at the same time, China is not small, and you have Russia, you have other middle powers like Japan, Australia, Indonesia, Turkey, Iran, and they will all have a say unlike the period of time starting from the fall of the Berlin Wall,” he said.

China
Malaysia
United States
trade war
Related Reports
China releases White Paper on US economic, trade consultations
a year ago
China-US trade war: Mutual crowbar diplomacy at work
a year ago
Do not take sides in US-China trade war
a year ago
M'sia's inclusion in US watchlist likely a ploy to boost export - experts
a year ago