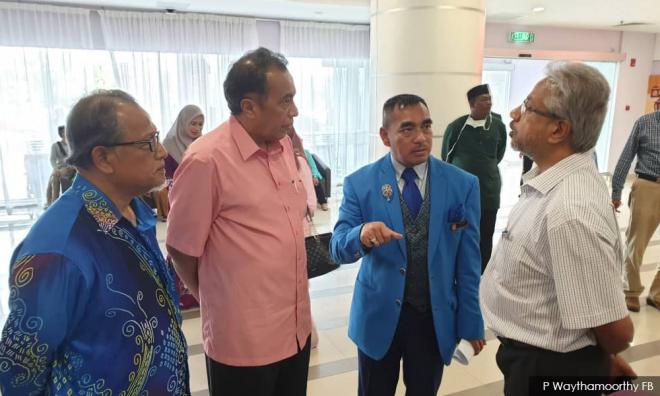 Two of the three deaths involving Orang Asli from the Bateq tribe in Kuala Koh were due to pneumonia, Minister in the Prime Minister’s Department P Waythamoorthy said today.

Waythamoorthy said due to the remoteness of the settlement, information on the deaths were received late.

“We were informed that the deaths happened due to migration and the bodies were buried within the area.

"However, the actual cause of death will be investigated,” he told reporters after attending a briefing on the outbreak at the Disease Control Division of the Kelantan Health Department in Kota Bahru today.

Waythamoorthy explained that two postmortems had been carried out, which found the cause to be pneumonia, but how the outbreak came about is thus far unknown.

“The Health Department now has taken preventive steps which are to find active cases, do isolation and treatment for those affected at hospitals.

Waythamoorthy added that the Health Department had dispatched a team of medical officers to the area, besides setting up a task force involving various agencies in Gua Musang for further action.

He also denied claims by locals that 13 villagers had died due to the outbreak, claimed to be due to water contamination from a nearby iron ore mine.

He said police investigations did not find graves to support the claim.