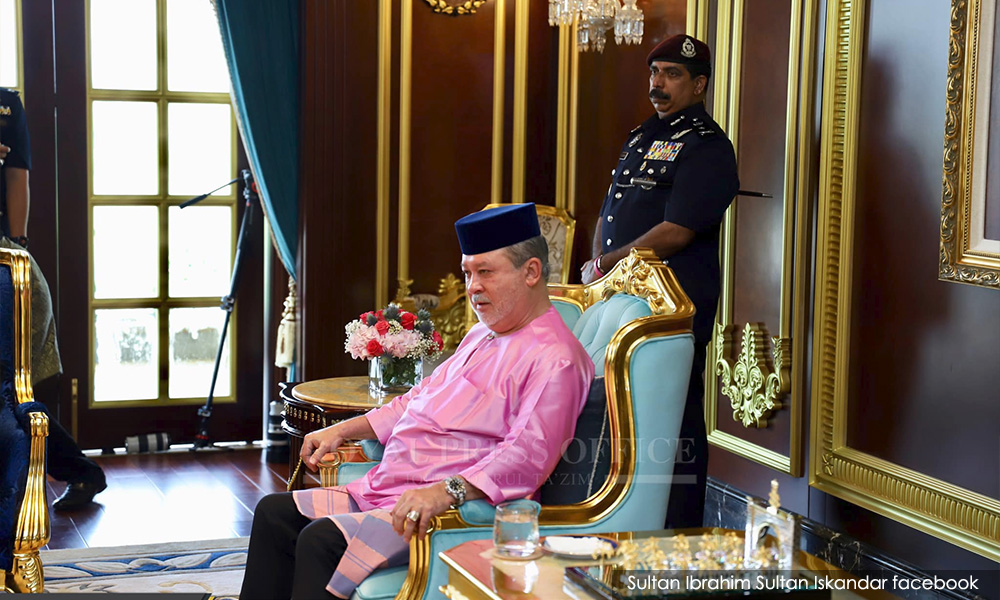 This comes after the monarch hosted Umno leaders to a Hari Raya Aidilfitri open house at Istana Pasir Pelangi in Johor Bahru yesterday.

Sahruddin thanked the Johor sultan and hoped the meeting will strengthen relations.

Yesterday, Sultan Ibrahim's Hari Raya invitation to the opposition was described as unprecedented.

"This is the first time (being invited as a party member). This never happened even when we were in government," one source had told Malaysiakini.

Sultan Ibrahim had also hosted Harapan leaders on the same day but they were part of the state exco line-up.

Harapan leaders had told Malaysiakini they weren't aware of any special invitation for them.