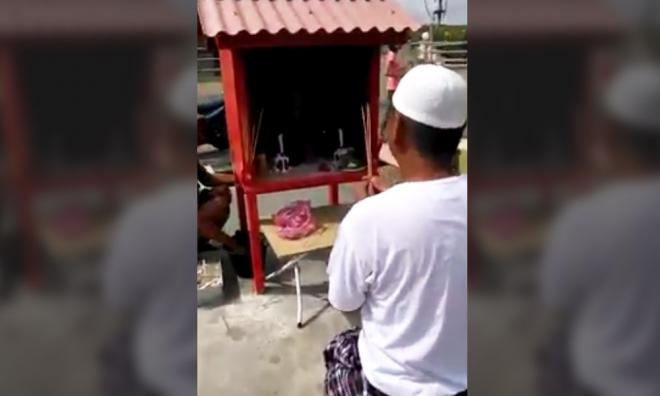 A fisherman who was detained by police to assist in the case of worshipping at a Datuk Kong altar in Tanjung Piandang, Bagan Serai yesterday will be released today.

The police will also apply for the remand on the man, who should be produced at the Parit Buntar Magistrates' Court today, to be cancelled.

He said the 43-year-old suspect from Tanjong Piandang is expected to be released on police bail in 24 hours, before 7pm today, or after the investigation is complete.

“The case will not stop here, as investigation of various aspects could go on against the suspect,” he said when contacted today.

Yesterday, Omar Bakhtiar said police had arrested the suspect when he came to surrender himself at Kerian police headquarters at 5pm yesterday.

The fisherman was detained to assist investigations on the case of worshipping at a Datuk Kong altar in Taman Piandang Indah when a video on the act went viral on social media recently.

Dato Kong altar
fisherman
Bukit Aman
video
Related Reports
Bahais could do with a temple of their own
3 years ago
Fresh after court victory, Taoist temple seeks permanent solution
3 years ago
The story behind ‘Datuk Kong’ worship
4 years ago
'Datuk Kong' protects us, residents say of demolished shrine
4 years ago