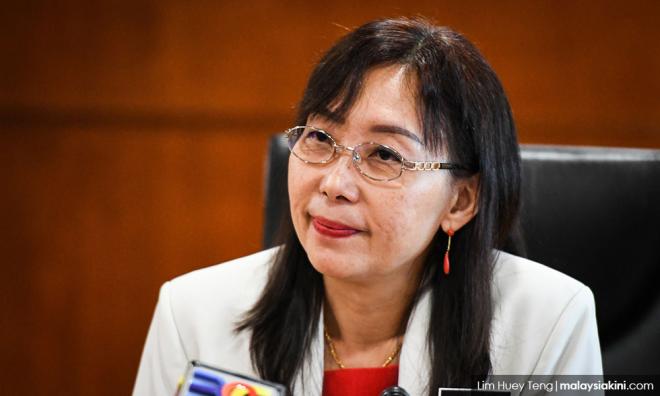 UPDATED | The Federal government has formed a special joint committee headed by the Ministry of Primary Industries to monitor and ensure that the implementation of the B20 biodiesel fuel next year will proceed smoothly.

Primary Industries Minister Teresa Kok today said the special committee, which also consists of the Finance Ministry, International Trade and Industry Ministry and Prime Minister’s Department, would discuss the subject before its implementation by 2020.

"So, yesterday during the cabinet meeting, all the ministries in the joint committee have agreed to work together as it involves rules and laws in different ministries and government agencies," she told reporters after officiating the FMM-MPOB Second Seminar on Biodiesel (B7) Implementation in Industrial Sector in George Town.

Kok added that Malaysia was looking into establishing a biodiesel stabilisation fund to help contain biofuel prices, as well as to make the fuel more attractive to consumers.

"We will discuss with other ministries and come up with a new mechanism to ensure that when the CPO prices are high, we are able to stabilise the biofuel prices in the market," she said.

This was due to public concern that higher biofuel usage would cause palm oil prices to go up.

However, Kok said before implementing any mechanism, her ministry would consult all the stakeholders including petroleum companies and car manufacturers to ensure the plan will proceed smoothly after the implementation of the B20 biodiesel.

"The implementation will make available B20 biodiesel oil at all petrol stations nationwide for market consumption," she said.

Kok said palm oil was a viable option for reducing the country’s dependency on fossil fuels, as it had tremendous potential as a renewable energy (RE) source.

"Indonesia, the world's largest producer and exporter of palm oil, has been using the B20 biodiesel for many years and there is no negative feedback from its automotive industry. In fact, they are currently testing the B100 in Sumatera and planning to move on to B30 soon," she said.

In December 2018, Malaysia introduced the B10 biodiesel to the domestic transportation market, increasing its blend from seven percent (B7 biodiesel) to 10 per cent.

It was also reported earlier that the National Automotive Policy is currently undergoing a review that also included biodiesel development as an important agenda to the nation’s transportation energy efficiency plan, to allow for a higher percentage of biodiesel blends over the next few decades.