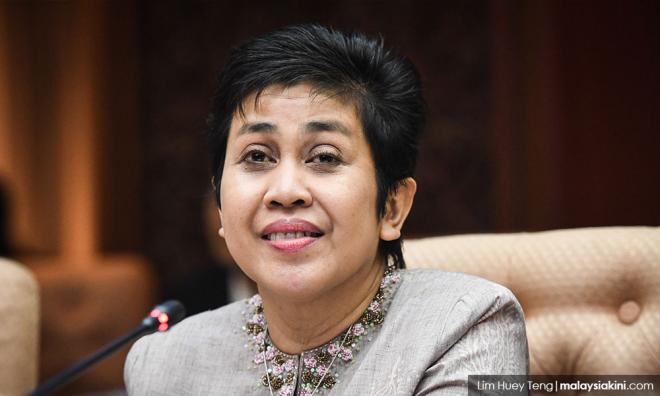 Malaysia can be considered a victim of the 1MDB scandal due to weaknesses in other countries’ banking systems, said Bank Negara governor Nor Shamsiah Mohd Yunus.

In an interview with The Star, the central bank governor said these institutions did not implement the necessary controls to mitigate the risks of being used as money laundering conduits.

Nor Shamsiah was responding to a question on the lessons learnt by Bank Negara from the 1MDB saga.

"I have to be careful with my remarks as there are ongoing court cases. To put it broadly, this is not solely a Malaysian affair.

"The 1MDB episode not only puts a spotlight on Malaysia but the existing practices in other financial institutions in other countries as well," she told The Star.

Nor Shamsiah said to prevent another similar scandal from happening again, the central bank is taking steps to strengthen financial integrity and introduce critical institutional reforms.

Among the steps taken is a proposal to limit cash transactions in order to curb money laundering.

Bank Negara is set to organise public consultations on this policy by the third quarter of the year.

Malaysia is also a member of the inter-governmental Financial Action Task Force, which was formed to develop effective policies and practices to combat money laundering and the financing of terrorism.

The US Department of Justice filed a civil suit in July 2016 regarding US$731 million which had allegedly been siphoned from 1MDB into the personal bank account of an unnamed "Malaysian Official 1", widely believed to be former prime minister Najib Abdul Razak.

Singapore's Commercial Affairs Department and the republic's central bank, Monetary Authority of Singapore, began their probe into 1MDB in 2015, freezing a large number of bank accounts in the process.

In 2016, Swiss investigators indicated that some US$4 billion (RM16.6 billion) had been misappropriated from 1MDB. They unsuccessfully requested help from the BN-led government for its investigation.

Money laundering investigations into 1MDB were also carried out in Australia, Hong Kong, Indonesia, Luxembourg, the Seychelles, UAE and the UK.