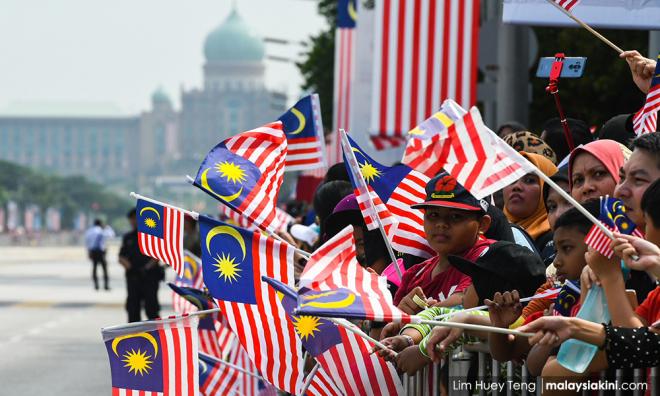 We should all rise above gutter politics

MP SPEAKS | I was struck by three media reports yesterday.

Firstly, a Reuters report about the terrible humanitarian crisis in Venezuela – once one of the 20 richest countries in the world and the richest in Latin America with free education and free medical services for its citizens, but now a poor, backward, broken and bankrupt state.

The Reuters report was about eight-month pregnant hairdresser Maroly Bastardo’s forbidding choices in a nation where the economy has collapsed.

Give birth in Venezuela, where newborns are dying at alarming rates in shortage-plagued maternity wards, or board a crowded smuggler’s boat bound for Trinidad, where her husband had landed in February, found work and beckoned her to join him.

Neither Bastardo or her two children could swim. Barely three weeks earlier, 27 people had gone missing after a migrant boat went down in the narrow stretch of water separating Venezuela from Trinidad. The 20km strait, known for its treacherous currents, is nicknamed the Dragon’s Mouths.

But the 19-year old hairdresser was determined. On May 16, she and the kids packed into an ageing fishing vessel along with 31 other people, including three relatives of her husband.

The craft, the Ana Maria, never arrived. No migrant or wreckage has been found.

When I read this report of human agony and tragedy, I thought how lucky Malaysia is to avoid the fate of Venezuela in two to three decades’ time – because the people plucked up the courage on May 9 last year to save Malaysia from the trajectory of a failed, rogue and kleptocratic state.

The second media report was from The Wall Street Journal, on two co-conspirators linked to the 1MDB scandal being convicted and sentenced to jail in Abu Dhabi for financial crimes.

Qubaisi and Husseiny were also ordered to pay €300 million (RM1.4 billion) – half to IPIC, which was referred to as the "victim company," and the remainder as a penalty.

Both Qubaisi and Husseiny were named in the 1MDB 'rogue's gallery' when the US Department of Justice filed its largest kleptocratic litigation to forfeit more than US$1.7 billion (RM7.1 billion) of 1MDB-linked assets, with a final 251-page indictment of embezzlement and defrauding of US$4.5 billion (RM18.8 billion) in 1MDB funds.

Also named in the 'rogue's gallery' were nine Malaysians – the most infamous of whom is one "Malaysian Official 1", described as “a high-ranking official in the Malaysian government who also held a position of authority with 1MDB.”

Qubaisi and Husseiny have been brought to justice and are serving long jail sentences, but out of the nine Malaysians named, only “MO1” is undergoing trial while the other eight are still scot-free – with quite a number becoming international fugitives of justice.

The conviction and jail sentences of Qubaisi and Husseiny will make many Malaysians squirm and wonder why the wheels of justice in Malaysia grind so slowly and tardily.

But this is the price we have to pay if we want to restore national and international confidence in the rule of law and an independent judiciary.

There is also the siren song by some politicians, like the former Johor menteri besar Mohamed Khaled Nordin that it is only MO1 who is on trial and not Umno.

They cannot be more wrong.

It is not just MO1, but all Umno/BN leaders who had helped him to cover up the monstrous 1MDB corruption and money-laundering scandal and did nothing to purge Malaysia of the infamy and ignominy of a global kleptocracy who are on trial – which would include all the ministers in the previous cabinet, the Umno/BN MPs of the 13th Parliament, as well as the leaders of Umno and BN parties.

Let the 34 ministers and 34 deputy ministers from 2016-2018, Umno-BN MPs of the 13th Parliament and national leaders come out individually now and state what they did when, in July 2016, the DOJ filed its largest kleptocracy litigation on the 1MDB scandal and MO1 was mentioned 36 times.

The third media report was the live coverage by the South China Morning Post yesterday of the protest by nearly two million people of Hong Kong against the controversial extradition bill, with the city centre brought to a complete standstill by the sea of black to chastise Chief Executive Carrie Lam for refusing to withdraw the bill or apologise when first asked to.

It was an awesome, inspiring and touching sight to see Hong Kongers of every age, profession and background from every corner of the city marching in a massive show of solidarity and defiance.

Six hours after the protesters had transformed Central, Wan Chai and Admiralty into a sea of black, the public apology they were demanding came in the form of a government statement at night, with a government source saying that the extradition bill would die a “natural death” without a timetable to relaunch it.

But what were Malaysians concerned about yesterday?

The tawdry “gutter politics” of the sex video scandal!

It is time Malaysians rise above the gutter politics of questionable sex videos and unite, regardless of race, religion or region, to build Malaysia to be a world-class nation in every field of human endeavour.

This is the 'New Malaysia' that the Pakatan Harapan coalition promised to build in the 14th general election.

This is a mission and vision which all Malaysians should dedicate themselves to in the coming years and decades.

But if Malaysia is to rise above such gutter politics, Malaysians must condemn, expose and dissociate themselves from the politics of lies, falsehood, intolerance and hatred hidden in the race, religious and royalty rhetoric of desperate and bankrupt political leaders who could even use religion to justify support for kleptocracy and falsehoods.