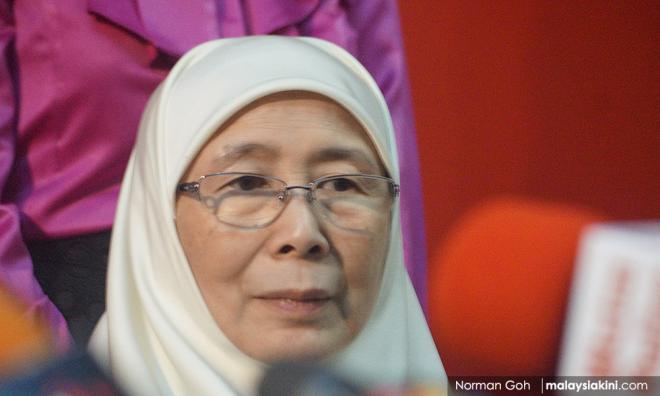 Deputy Prime Minister Dr Wan Azizah Wan Ismail (above) has expressed sorrow over the death in court of former Egyptian president Mohammed Morsi, calling it "a great loss for democracy".

"Deeply saddened with the passing of Morsi, who was democratically elected as the fifth president of Egypt," she said in a tweet.

"I wish to extend my deepest condolences to his family and people of Egypt. May Allah bless his soul and grant him Jannah."

A leading figure of the now-banned Muslim Brotherhood, Morsi had been on trial for espionage charges.

He had been imprisoned since being toppled by the military in 2013 after barely a year in power, in the wake of mass protests against his rule.

According to Reuters, the public prosecutor said he had collapsed in a defendants’ cage in the courtroom shortly after addressing the court, and had been pronounced dead in hospital at 1450 GMT on Monday.

PKR president Anwar Ibrahim also expressed his condolences, saying on Facebook that "despite only being president for a relatively short period prior to being ousted by the military government of Abdel Fatah al-Sisi, Mohammed Morsi (above) showed great commitment in bringing about long-awaited reforms after decades of being ruled by cruel and corrupt leaders."

"His untimely death will leave a huge impact on both Egypt and the Islamic world at large," said Anwar.

"Two independent international human rights bodies, Human Rights Watch (HRW) and Panel Review Detention (PRD), had warned earlier that the failure of the Egyptian authorities to provide adequate medical care and food to Morsi and other detainees could lead to death," he said.

In a joint statement, Malaysian Consultative Council of Islamic Organizations chairperson Azmi Abdul Hamid, Alliance of World Masjid in Defence of al-Aqsa Mosque chairperson Syeikh Ahmad Awang, and the chairperson of the Secretariat for the Assembly of Ulama of Asia Syekh Abdul Ghani Shamsudin also called for a thorough investigation into Morsi's death.

"The Egyptian government had known very clearly about his declining medical state. He had lost a great deal of weight and had also fainted in court a number of times.

"He was kept in solitary confinement with no access to television, email or any communication with friends and family," they said in calling for an independent international investigation to be established immediately to look into his death.