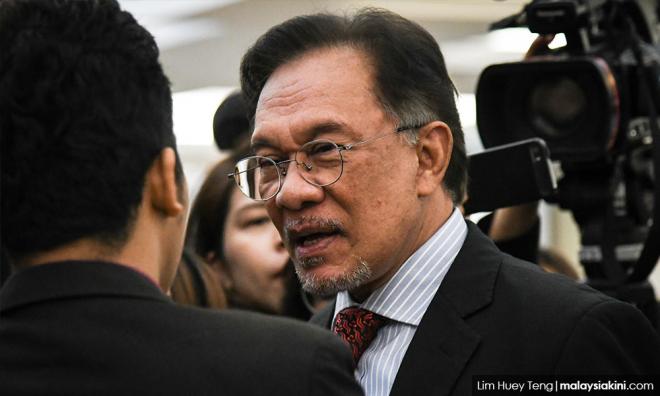 Anwar disagrees with aide over comments on Azmin, sex videos

PKR president Anwar Ibrahim has disagreed with his aide regarding the position of his deputy Azmin Ali and the sex video scandal.

This came after Anwar’s political secretary Farhash Wafa Salvador Rizal Mubarak told Malaysiakini that Azmin must quit if he is guilty, and he was a “convenient” target for baseless accusations.

Without going into the details on the points of disagreement, Anwar in a statement today said: “I disagree with Farhash regarding the video and Azmin’s position as PKR deputy president.

“Again, I urge party leaders and members to use proper channels and leave the investigation on this matter to the police.”

Previously, in wake of the sex videos implicating Azmin and the Santubong PKR Youth chief Haziq Abdullah Abdul Aziz, Farhash was linked to the scandal after it was alleged that he had gone missing when the video clips surfaced.

It was also rumoured that he had met Haziq - who had confessed to being one of the two people in the video - when the latter was arrested at the Kuala Lumpur International Airport en route to Manila.

Farhash had since denied the allegations and responded to questions regarding his whereabouts amid the sex scandal implicating Azmin.