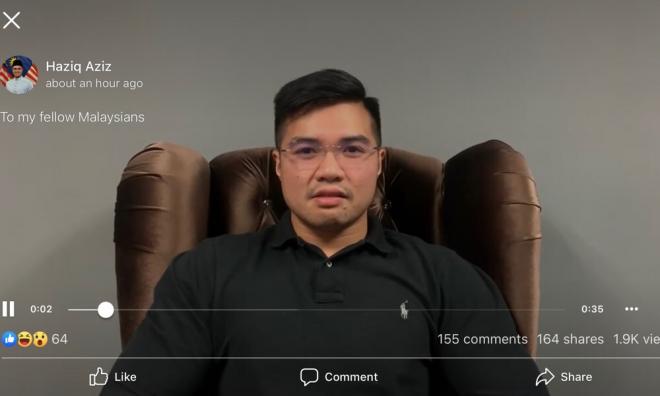 The individual filmed engaging in sexual acts with a man resembling a cabinet minister has made a startling confession.

Claiming to be one of the duo featured in a video being circulated, Haziq Abdullah Abdul Aziz also claimed that the other person in the clip was the minister.

He also urged the MACC to investigate the minister for alleged corruption and claimed that the latter was unfit to be a leader.

The video confession was posted on his Facebook page this morning. Malaysiakini is withholding the name of the minister pending his response to our questions.

“I, Haziq Haziz... made a sworn confession that I am the individual with... [the minister's name is mentioned] in the video which went viral yesterday.

“The video was taken without my permission on May 11 (during the) Sandakan by-election [in Sabah] in the [minister's] room at Hotel Four Points," he claimed.

Haziq added: “I urge MACC to investigate [the minister] for corruption. He is not an individual who is qualified to be a leader.”

Yesterday, Malaysiakini reported that the video clip was systematically sent to members of the media and political party members.

Journalists were added into various WhatsApp groups in which the video was uploaded.