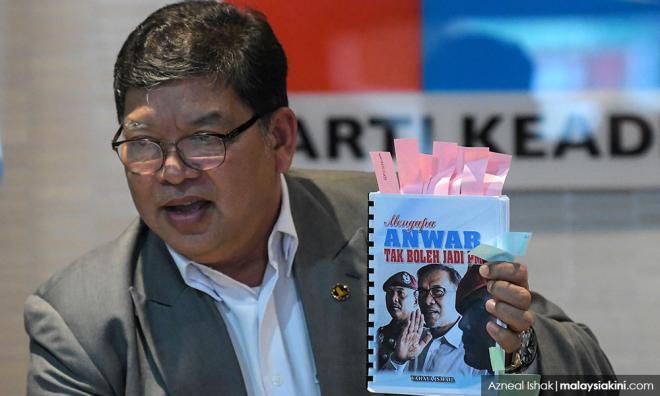 1. Sungai Petani MP Johari Abdul revealed that an author who penned a book against Anwar Ibrahim becoming the next prime minister told him that a publisher offered him RM400,000 for the book, but he was willing to give it to Anwar for a higher offer.

2. A Perlis delegate at the PAS Youth conference threatened to walk out over the presence of a Zakir Naik follower. Earlier, that follower, preacher Muhammad Zamri Vinoth Kalimuthu, said he would be willing to surrender his Malaysian identity card if the government moved to extradite Zakir Naik to India.

3. Even as their aides duelled, Anwar expressed his sympathies for his party deputy Mohamed Azmin Ali, who has been implicated in a number of sex videos which were distributed widely last week.

4. An investigation team announced that three Russians and a Ukrainian are to face murder charges for the July 2014 downing of Malaysia Airlines flight MH17 over eastern Ukraine, in which 298 people were killed, in a trial to start in the Netherlands in March next year.

6. Family members of the fishermen who were kidnapped in the Lahad Datu Tambunan waters on Tuesday appealed to the authorities and the Malaysian government to help free the fishermen.