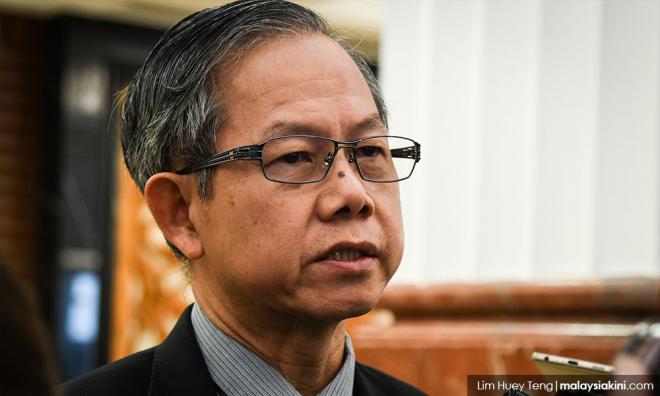 The Health Ministry will cooperate with the Education Ministry and the Orang Asli Development Department (Jakoa) to ensure that the Orang Asli community, especially children, obtain sufficient nutrients.

Deputy Health Minister Dr Lee Boon Chye said that apart from the low level of immunisation, the lack of nutrients was among the factors contributing to the spread of measles among the Bateq tribe in Kuala Koh, Gua Musang, Kelantan.

"This places individuals at high risk of contracting the disease.

"As such, special attention should be given through the implementation of a food programme (especially in schools),” he said.

He was speaking to reporters after opening a 'Good Academic Practice Sharing Day' at Sekolah Kebangsaan Pos Raya in Simpang Pulai, Johor, today.

He said the lack of nutrients also complicated risks for measles patients especially children aged five and below, the elderly and patients of other diseases.

“So we will be expanding the food programme to ensure the Orang Asli community, including those aged between one and five, get food supplements so that they do not suffer from such deficiency,” he said

Lee said the ministry is also studying the best mechanism to improve the level of immunisation for all communities in the country.

He said the nomadic way of life of the Bateq tribe made it difficult for health officers to provide immunisation jabs for children of the minority group.

"The ministry is studying how we could improve the level of immunisation, not only for Orang Asli, but for other communities as well," he added.

Orang Asli
Bateq
Gua Musang
Lee Boon Chye
Related Reports
Minister: Initial pneumonia result doesn't contradict measles findings
a year ago
Post-mortem on 14 Bateq completed, says police
a year ago
How the story of 15 Bateq villagers dying in Gua Musang unfolded
a year ago
'I lost my husband, three children in two weeks'
a year ago
David vs Goliath – in reality, the big guy almost always wins
a year ago