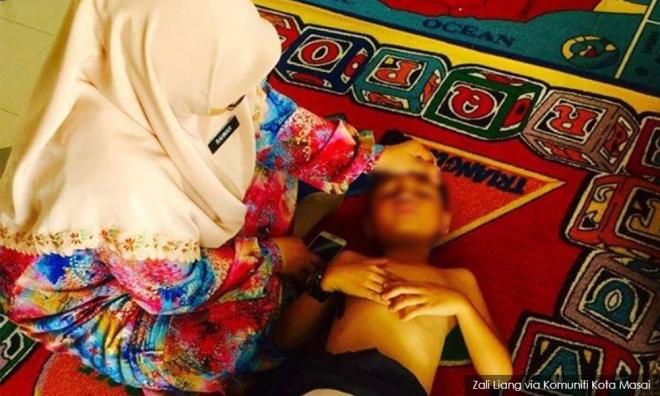 A total of 29 students around Pasir Gudang who suffered from breathing difficulty have been treated at the Sultan Ismail Hospital (HSI), Johor Bahru, since yesterday, says health director-general Dr Noor Hisham Abdullah.

He said of the total, 16 were from Sekolah Agama Taman Mawar (14 students and two adults) while 13 others were from SK Pasir Gudang 4.

"A total of 14 victims were treated as outpatients and 15 received treatment at HSI, with six of them admitted. All patients have been reported to be stable and with none admitted to the intensive care unit and no deaths recorded.

"The State Health Department is still monitoring the area where the problem occurred. The Pasir Gudang health clinic was also opened this morning to treat other victims who may have also been affected," he said in a statement in Kuala Lumpur today.

Noor Hisham also advised the public to immediately seek treatment at nearby health facilities if they experienced symptoms such as breathing difficulty, nausea, vomiting, dizziness, headache, muscle cramps and weakness.

Emergency relief teams from the Sultanah Aminah Hospital, HSI and Pasir Gudang health clinic were mobilised to provide assistance after distress calls were received at about 3pm.

The emergency treatment operation ended at 8pm; however, the true cause of the incident has yet to be determined.

Meanwhile, Health Minister Dr Dzulkefly Ahmad was reported as saying the symptoms appeared to be similar to toxic or organic gas poisoning seen in the Sungai Kim Kim incident.

His deputy Dr Lee Boon Chye said the ministry would conduct continuous monitoring at Sungai Kim Kim in Pasir Gudang to ensure the situation is under control.

“Investigation is still going on to identify the source of the incident and we will continue to monitor so that patients are given emergency treatment,” he said.

In March, a toxic waste pollution in Sungai Kim Kim caused more than 4,000 people to fall ill and resulted in the closure of 111 schools in Pasir Gudang district.