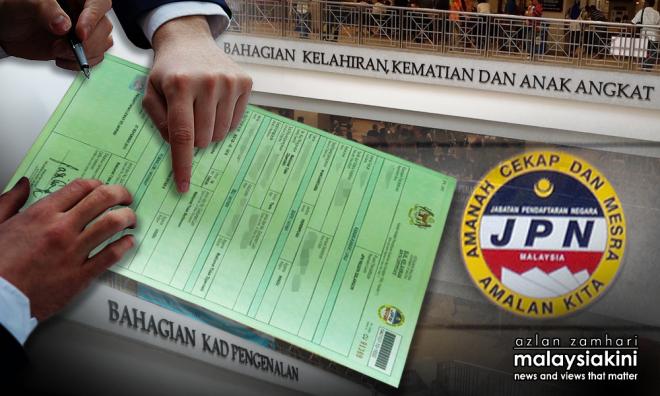 The National Registration Department (NRD) said the letters of application for citizenships (which went viral on social media) is a normal procedure for the NRD and the Ministry of Home Affairs.

NRD, in a statement, said that the letters would be forwarded to the agency and division concerned for further action.

According to the NRD, the department and ministry received many letters of application for citizenships and numerous inquiries on the latest status of citizenship applications.

‘’The viralled letters are not pledges of support or approval from the Home Affairs Minister Muhyiddin Yassin for citizenship applications,’’ it said when commenting on the issue of several letters of application for citizenship allegedly involving NRD and the ministry on social media.

‘’The consideration for the giving of Malaysian citizenship is subject to the provisions under the Federal Constitution and not all applications will be approved,’’ it said.

NRD also stressed that applications for citizenships received by the department and ministry were not only from one specific community but from the multi-racial communities in the country.

Based on the NRD’s record, he said that 8,322 applications for citizenship were received from various racial backgrounds from May 10, 2018, until May 30, 2019, and of the total, only five were approved.

For the record, during the same period too, 3,126 applicants, comprising applications from previous years, were also given citizenship, he said. - Bernama

NRD
citizenship applications
letters
fake
Related Reports
Home Ministry denies '100k Chinese nationals granted M'sian citizenship' claim
a year ago
Original Sabahans came before any gov't
a year ago
Sabah gov't should focus on its people, not foreigners
a year ago
No automatic citizenship for those born in M'sia - Muhyiddin
a year ago