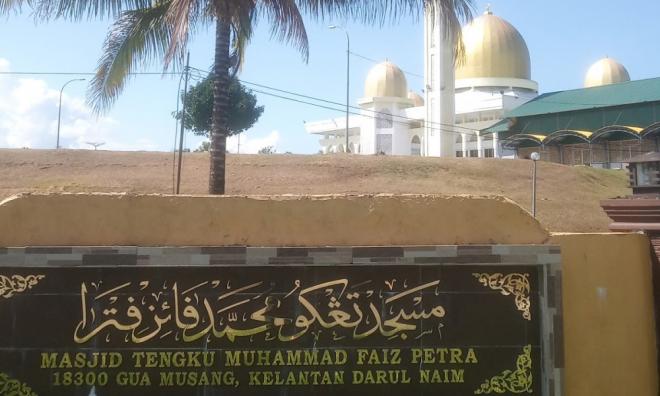 The bodies of five Orang Asli from the Bateq tribe, who were believed to have died of measles, were given a final prayer at the Tengku Faiz Petra Mosque in Gua Musang before being buried at the Kampung Kuala Koh Muslim Cemetery today.

The funeral prayer was led by imam Othman Saufi and joined by more than 20 representatives of the various government departments and agencies in the district, including the Kelantan Islamic Religion and Malay Customs Council (Maik) religious officer Murtadha Abdullah.

Earlier, 15 Orang Asli bodies were taken out of the forensic room of the Gua Musang Hospital at 8.30am to be taken to the mosque for prayers, before being brought to Kampung Kuala Koh for burial.

The epidemic that hit the Bateq tribe for over a month had killed 15 people from Kampung Kuala Koh, with another 112 receiving treatment at nearby clinics for measles.

Fourteen of the 15 bodies had to be exhumed, including those who were buried according to tribal customs, for examination at the HGM to determine the cause of death.

Murtadha later told the media that Maik had been appointed to manage all the bodies from the funeral prayers right up to the burial.

He said all transactions after the completion of the autopsy at the Gua Musang Hospital were borne by Maik, and that everything proceeded according to schedule.

"The burial, according to Islamic procedures, received the permission of the victims’ family members after discussions were carried out recently,” he said.

"As such, people who have no business to be in the area are not allowed to enter the village until it is completely safe from infection from the disease,” he said.