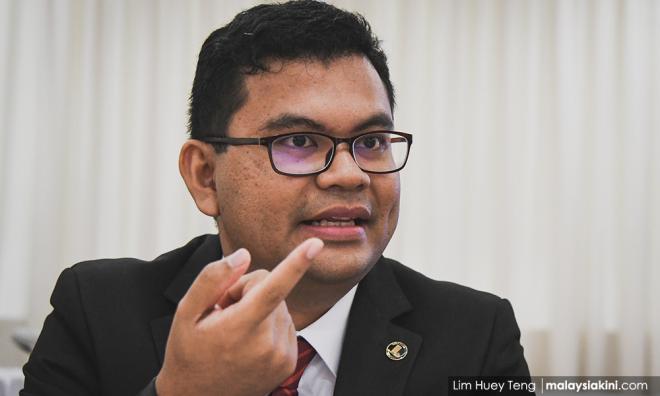 If Leonardo DiCaprio can do it, why not Umno? - PKR MP

If several international celebrities can give up gifts allegedly acquired using stolen 1MDB funds even before the authorities took action against them, why can't Umno do the same?

This was a question posed by PKR's MP for Johor Bahru Akmal Nasir after Umno acting president Mohamad Hasan criticised him for asking Umno to "get ahead of the legal process".

Mohamad's criticisms stemmed from Akmal's call for Umno to return the RM212 million that it received from former Umno president Najib Abdul Razak that was allegedly stolen from 1MDB.

"When the US Department of Justice (DOJ) was in the process of recovering 1MDB's assets, celebrities such as Leonardo DiCaprio and Miranda Kerr decided to return gifts that were believed to have been bought using 1MDB funds.

"They cooperated with the DOJ and chose the courageous path by acting first to clear their names. Perhaps they were aware that it involved other people's money and don't want to be a recipient of illicit funds.

"Can we expect the same integrity and ethics (from Umno)?" said Akmal, who is also PKR Youth chief, in a statement today.

Last week, the MACC announced it was commencing forfeiture actions against 41 entities and individuals who have allegedly received funds from Najib that was purportedly stolen from 1MDB.

Of the RM270 million the anti-corruption commission is seeking, RM212 million is being held by Umno headquarters and its divisions and associates.

The DOJ has commenced a similar action in the US, where a substantial sum of 1MDB's funds has allegedly been laundered.

Businessperson Low Taek Jho, an alleged mastermind in the 1MDB scandal, is accused to have showered gifts on celebrities in the US to gain prominence in the entertainment industry.

Yesterday, Mohamad Hasan accused Akmal of jumping the gun and added that even if it was proven that the funds Umno received originated from 1MDB, it wouldn't be able to return them as Umno's bank accounts have been frozen.

Akmal said while Mohamad is a leader with "potential" in trying to revive Umno, the same cannot be said about the other leaders within the party.

"If his leadership remains in the shadow of Najib, how can Umno change?" he said.

Najib is currently facing 42 charges of money laundering, criminal breach of trust and abuse of power over the misappropriation of funds linked to 1MDB and its associates.

Akmal said he hopes the government can ultimately recover the 1MDB funds and have it returned to the people.