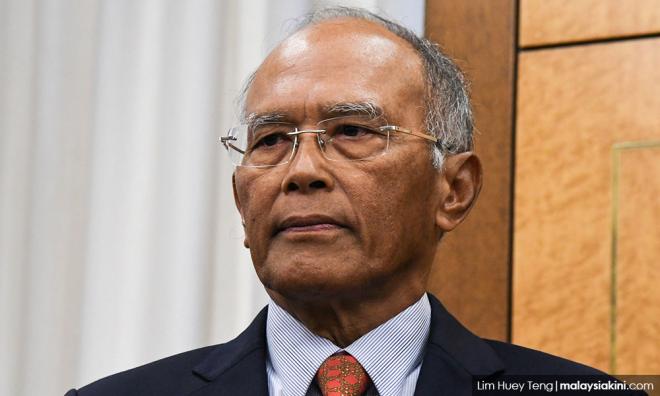 Prime Minister Dr Mahathir Mohamad today confirmed the resignation of Felda chairperson Megat Zaharuddin Megat Mohd Nor (above), which he said was due to health reasons.

"He said he was not well, that's why he asked to be let go," Mahathir was quoted as saying in Kuala Lumpur today by Free Malaysia Today.

Megat Zaharuddin tendered his resignation yesterday and will be leaving this Sunday.

Felda in a statement today said a new chairperson will be named by Economic Affairs Minister Azmin Ali soon.

In an email to Felda staff yesterday, Megat noted that over the past year the agency had implemented three transformation plans, while seven more such efforts are in the pipeline.

"That was the journey and my involvement in my time here. However, my journey has come to an end," he said.

Megat was appointed on July 28 last year, replacing BN-era chairperson Shahrir Samad who resigned on May 14, 2018.

In his email, Megat said another highlight of his time in Felda, was the white paper which was tabled in Parliament on April 10.

The white paper revealed that the agency was RM12.1 billion in debt as of 2017.

Also included in the rescue plan was the Felda New Model - a business model which encouraged settlers to plant crops other than oil palm and rubber.