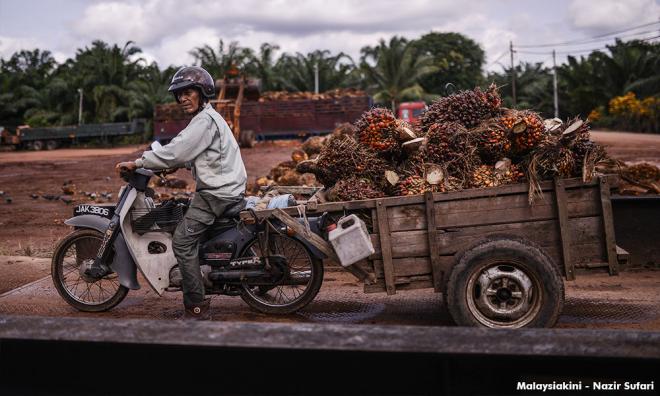 WHITE PAPER | Felda will introduce a new business model where the agency will rent and utilise land from settlers on a long-term basis.

The plan will also involve alternative crops to oil palm and rubber trees, which have been by Felda's main crops since it was formed.

According to a White Paper on Felda released today, this new model will allow the ageing settlers to have their land managed while earning an income.

"The introduction of this new model will allow the settlers' land to be managed efficiently, achieve economies of scale and reduce operations cost," read the White Paper.

Abled-bodied settlers, who are able to work the land themselves, will be able to draw a salary from a new cooperative.

Potential alternative crops include fruits, vegetables and kenaf (hibiscus cannabinus, a plant that can be used to produce fibre).

The White Paper said alternative crops should be able to be harvested quickly and have the potential to provide consistent returns.

"(Alternative crops) are necessary because the palm oil industry depends on global markets which are unpredictable," read the report.

The Felda model used up to 2011 saw settlers earning an income based on yield from their land and earning dividends by investing in Felda's investment arm Koperasi Permodalan Felda.

After an initial windfall from FGV's RM10.5 billion public listing, both FGV and FIC have failed to produce expected returns, which the White Paper blamed for Felda's flagging fortunes since 2013.

In the welfare department, the "Sara Hidup" and "Pendahuluan Hasil" payment schemes will also be revamped under the new model.

The new scheme promises needs-based loans and a repayment system based on the settlers' income.

Existing loans owed to Felda by settlers will be restructured and the interest payments abolished.

"This is an effort by the government to look after the welfare of the settlers who are saddled with high debts and in view that many are now old," the White Paper said.

This is expected to benefit 4,794 new generation settlers.

Second or third-generation Felda settlers will also have access to technical and vocational training.

Other short-term plans to reform Felda include restructuring of its agencies, its subsidiaries and its investment portfolios.

Non-strategic assets will be disposed off, while some of Felda's activities, such as its Super League football team, will be subject to review.

The White Paper signalled that the government would essentially bail out Felda. The quantum of the bailout was not specified.

As for long-term plans, laws governing Felda will be amended in order to help achieve its goals, although this would be subject to further study.

There will also be efforts to synergise the activities of Felda by cooperation with other government agencies such as the Federal Land Consolidation and Rehabilitation Authority (Felcra) and Rubber Industry Smallholders Development Authority (Risda).