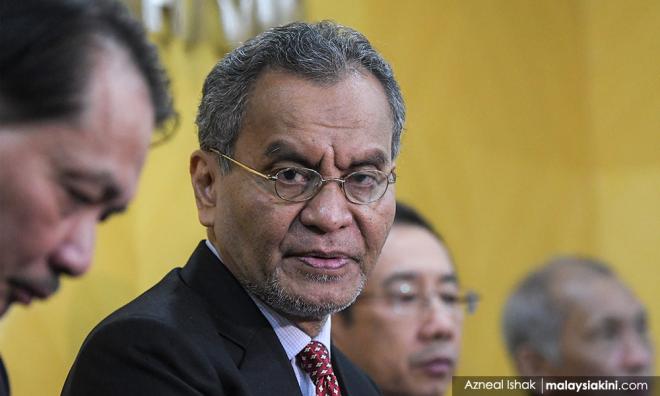 In 'game-changing' move, gov't seeks to decriminalise personal drug use

Health Minister Dzulkefly Ahmad announced today that the government plans to work towards removing criminal penalties for the personal possession and use of drugs.

Calling the move a “significant game changer policy (sic)”, he emphasised that the decriminalisation of drug addicts and addiction was not to be mistaken for legalising drugs.

"Decriminalisation is the removal of criminal penalties for possessing and using a small quantity of drugs for personal use, as opposed to those who are involved in trafficking of drugs. Trafficking of drugs will undoubtedly remain a crime," said Dzulkefly in a statement today.

"Drug use and addiction is a complex chronic relapsing medical condition," he noted.

"There are many factors that lead someone to drug use and addiction - there may be a genetic predisposition, the surrounding environment such as poverty, family breakdown, school and peer pressure can all lead someone to start using drugs."

This is followed by a biological dependence, he added.

"Certainly putting them in prison is not going to change that. It is not just a matter of someone having weak willpower."

"Drug decriminalisation will indeed be a critical next step towards achieving a rational drug policy that puts science and public health before punishment and incarceration," Dzulkefly said.

He explained that an addict should be "treated as a patient, not as a criminal, whose addiction is a disease we would like to cure".

"Decades of evidence has clearly demonstrated that decriminalisation is a sensible path forward that would reap vast human and fiscal benefits, while protecting families and communities," he said.

Dzulkefly added that more than 30 countries have embarked on the move to decriminalise drugs.

The minister also highlighted research findings which showed that drug decriminalisation did not increase drug use nor drug related crimes.

Instead, he added, research showed that the move reduced costs in the criminal justice system and improved social outcomes.