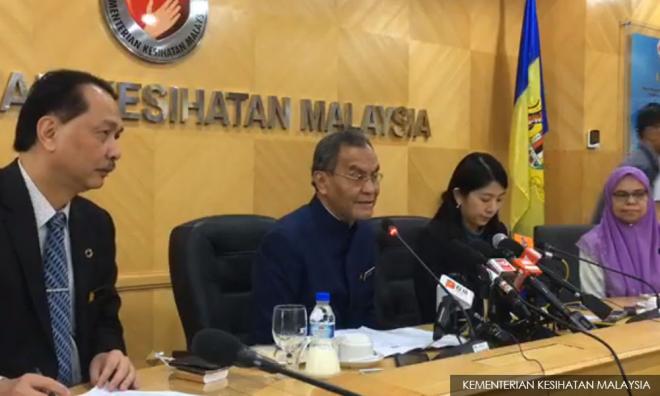 The Health Ministry recorded four more cases of breathing difficulties in Pasir Gudang yesterday, increasing the total number of patients treated in relation to the incidents of toxic gas fumes in the air to 748 since June 20.

In a statement, Health Minister Dr Dzulkefly Ahmad said all four had been given outpatient treatment at the Pasir Gudang Health Clinic.

There was no increase in admissions of patients as of yesterday, he added.

Dzulkefly said that since the first day of the incident, 39 patients were warded in several hospitals, of which only three are still receiving treatment while the rest have been discharged, including one yesterday.

"There was no report of death or admission to an intensive Care Unit.

"For the time being, tests on clinical samples for hydrogen cyanide, cyanide, hydrogen thiocyanate and volatile organic substances returned negative results," he said.

Besides treatment for breathing issues, the minister said the Health Ministry also provided psychosocial support to those affected by the incident.

The team had given psychosocial first aid treatment to a total of 235 people, including six members of the health services.

"The Johor Health Department is monitoring the situation on the ground.

"Members of the public are advised to seek immediate medical attention at nearest health facilities should they suffer symptoms of breathing difficulty, nausea, vomiting, headache, muscle cramps and weakness.

"The Pasir Gudang Health Clinic is open to receiving and treating victims of the incident," he said.