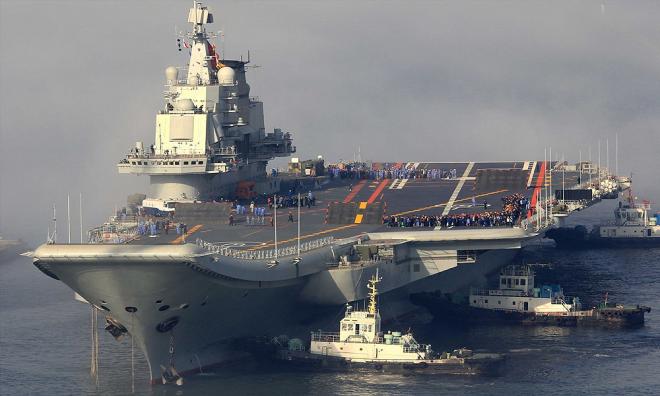 The navy is confident that the aircraft carrier Liaoning belonging to the Chinese Navy will not use the straits between the Malawali Islands in the Philippines and the east coast of Sabah because it is narrow and dicey.

Navy chief Mohd Reza Mohd Sany said that it is nevertheless always in a state of readiness towards encroachments into the national territorial waters.

"But the sea is vast, so I have been in communications with the ships out there (ordering them) to be alert and focus full attention.

"We will know if there is an intrusion, but to date there is no report," he told reporters after attending a navy Aidilfitri open house in Kuala Lumpur today.

Prior to this, an international media report and viral satellite pictures showed that the aircraft carrier was in Malaysian territorial waters, but this was later refuted by the navy for lack of proof.

On Monday, the navy confirmed that it did not receive any report on the presence of the Liaoning in the national territorial waters.

Following the report, the Eastern Armada admiral had been directed to boost control and give full attention to the national territorial waters, especially involving foreign ships.