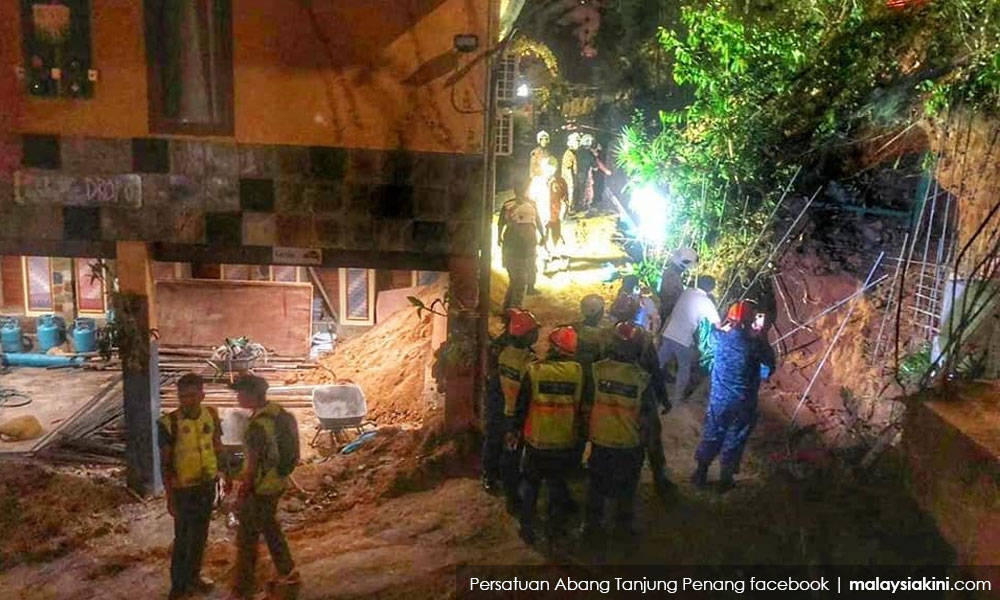 An NGO today questioned if approval plans were submitted to the Penang Island City Council (MBPP) for rebuilding works on a school and hotel in Tanjung Bungah, the site of a June 25 landslide that killed four.

In a statement today, Citizen Chant Awareness (Chant) adviser Yan Lee asked whether these plans were submitted to MBPP before works to convert the Lost Paradise Resort property to a school and hotel commenced.

"Submission was done only for sanitary works," he said, citing a submission to MBPP with the reference number MBPP/OSC/PP4979/18 LB/102439-2.

"We wish to put this to MBPP, does this mean that Lost Paradise has no occupancy certificate?

"Does this mean the Lost Paradise hotel and school are illegal structures? There is no license or Fire and Rescue Department approval?"

Malaysiakini has contacted MBPP to respond to the allegation. Mayor Yew Tung Seang said his office will issue a statement about the matter.

Meanwhile, Penang exco for public works Zairil Khir Johari said yesterday that most of the work to stabilise the road affected by the landslide had been completed by 10.30pm Saturday.

MBPP Engineering Department director A Rajendran, meanwhile, said further steps will be taken to ensure better safety of the road after the council carries out studies on the matter.

He said the council had issued a stop-work order notice to the landowner under Section 70A of the Street, Drainage and Building Act 1974 for illegal earthworks.

Section 70A provides for a maximum five-year' jail term and an RM50,000 fine upon conviction.

"We have also engaged consultants and experts to advise us and the landowner on the next course of action to upgrade the safety of the area," Rajendran said.