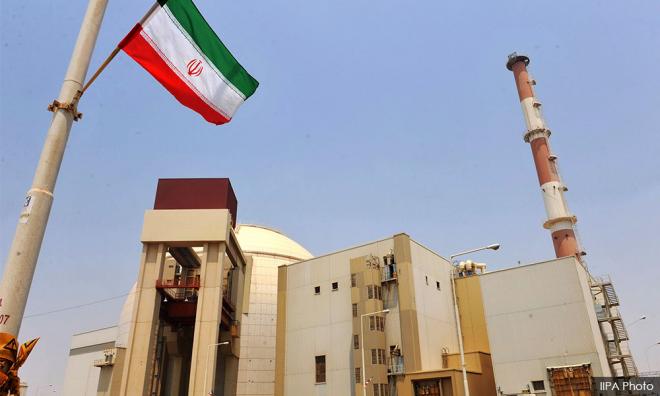 Iran announced on Monday it had amassed more low-enriched uranium than permitted under its 2015 nuclear deal with world powers, drawing a warning from US President Donald Trump that Tehran was “playing with fire.”

Tehran’s announcement marked its first major step beyond the terms of the pact since the United States pulled out of it more than a year ago. However, Iranian Foreign Minister Mohammad Javad Zarif said the move was not a violation of the accord, arguing that Iran was exercising its right to respond to the US walkout.

The step, however, could have far-reaching consequences for diplomacy at a time when European countries are trying to pull the United States and Iran back from confrontation. It comes less than two weeks after Trump said he ordered air strikes on Iran, only to cancel them minutes before impact.

The UN nuclear watchdog, the International Atomic Energy Agency (IAEA), which monitors Iran’s nuclear programme under the deal, confirmed in Vienna that Tehran had breached the limit.

The White House said earlier it would continue to apply “maximum pressure” on Iran “until its leaders alter their course of action.” It also said Iran should be held to a standard barring all uranium enrichment.

However, there is no international standard prohibiting Iran from enriching uranium, said Daryl Kimball, executive director of the Arms Control Association. “That is not the case. That is an American position,” he said.

European powers, who remain party to the accord and have tried to keep it in place, urged Iran not to take further steps that would violate it. But they held off on declaring the agreement void or announcing sanctions of their own.

“We have NOT violated the #JCPOA,” Zarif wrote on Twitter, referring to the deal by the acronym for its formal title, the Joint Comprehensive Plan of Action.

He referred to a paragraph of the accord which contains the mechanism for countries to resolve disputes over compliance.

“As soon as E3 abide by their obligations, we’ll reverse,” he said, referring to European powers Britain, Germany and France. Iran has demanded they guarantee it the access to world trade envisioned under the deal.

The move is a test of European diplomacy after French, British and German officials had promised a strong diplomatic response if Iran fundamentally breached the deal.

The Europeans, who opposed last year’s decision by Trump to abandon the agreement had pleaded with Iran to keep within its parameters.

Foreign Secretary Jeremy Hunt (below) said Britain wants to preserve the pact “because we don’t want Iran to have nuclear weapons. But if Iran breaks that deal, then we are out of it as well.”

Iran has said it aims to keep the accord in place, but cannot abide by its terms indefinitely, as long as sanctions imposed by Trump have deprived it of the benefits it was meant to receive in return for accepting curbs on its nuclear programme.

A spokesman for UN Secretary General Antonio Guterres said: “Such action by the Islamic Republic of Iran would not help preserve the plan, nor secure the tangible economic benefits for the Iranian people,” and added that it should be resolved using the deal’s mechanism.

Israeli Prime Minister Benjamin Netanyahu said the European countries should “stand behind their commitments” and impose sanctions on Iran.

Iran said in May it would speed up production of enriched uranium in response to the Trump administration tightening sanctions against it that month. Washington has ordered all countries to halt purchases of Iranian oil or face sanctions of their own, which Tehran calls “economic war” designed to starve its population.

In the two months since the sanctions were tightened, the confrontation has taken on a military dimension, with Washington blaming Tehran for attacks on oil tankers, and Iran shooting down a US drone, prompting the aborted US air strikes.

The nuclear deal imposes limits both on how much enriched uranium Iran can hold and on how pure its stocks can be, thresholds intended to lengthen the “breakout period” - the time Tehran would need to build a nuclear bomb if it sought one.

Zarif (above) said Iran’s next move would be to enrich uranium beyond the maximum 3.67 percent fissile purity allowed under the deal, a threshold Tehran has previously said it would cross on July 7.

Iran’s moves so far appear to be a calculated test of the deal’s enforcement mechanisms and the diplomatic response.

“This is not an irreversible step the Iranians have taken. Iran, with the remaining partners, can decide how they’re going to proceed. There is a process in the JCPOA to try to cure breaches,” said Wendy Sherman, former President Barack Obama’s lead US negotiator on the deal and now director of the Centre for Public Leadership at the Harvard Kennedy School.

“This does not in and of itself reduce the breakout time period, which is essential here,” she said.

The Europeans say they want to help Iran boost its economy, but so far European efforts to do so have failed, with Iran shunned on oil markets and major foreign companies abandoning plans to invest for fear of falling foul of US rules.

David Albright, a former UN nuclear inspector who consults with European officials on the Iran nuclear deal, said that while the EU3 are angry that Iran has broken the 300-kilogram ceiling, the violation is not serious enough for them to seek an immediate snapback of international sanctions.

They are watching, he said, for graver breaches that could indicate that Iran is returning to the nuclear weapons development track that the CIA and the International Atomic Energy Agency determined Tehran had abandoned in 2003. Iran denies it had such a programme.

“There will be a lot of noise, but not a lot of action on snapback,” said Albright, president of the Institute for Science and International Security, a think tank.

The confrontation has put the United States in the position of demanding that the Europeans ensure Iranian compliance with an agreement that Washington itself has rejected.

Trump argues that the deal is too weak because some of its terms are not permanent, and because it does not cover non-nuclear issues such as Iran’s ballistic missile programme and regional behaviour.

Washington says sanctions are aimed at pushing Tehran back to the negotiating table. Iran says it cannot talk as long as Washington is ignoring the deal that it signed.

Israel, which considers the Iranian nuclear programme an existential threat, has backed Trump’s hard line, as have US allies among the rich Arab states of the Gulf, which consider Iran a foe and benefit from having its oil kept off markets.

“Just imagine what will happen if the material stockpiled by the Iranians becomes fissionable, at military enrichment grade, and then an actual bomb,” Joseph Cohen, head of Israel’s Mossad intelligence agency, told a security conference.