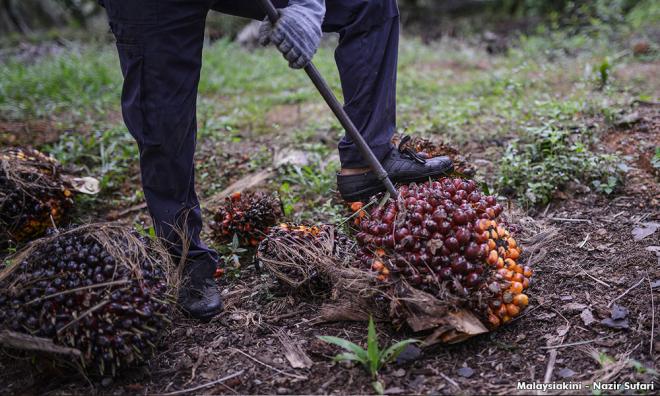 A coalition of artists has expressed alarm over the reactions of Primary Industries Minister Teresa Kok and the Education Ministry regarding the performance at an international school which painted oil palm plantations in a negative light.

ReformARTsi, which represents 80 Malaysian artists and 44 arts organisations, described the responses as high-handed.

Furthermore, the coalition said the government's effort to depict the performance as threatening the name and the image of the country “smacked of the paranoid rhetoric of our previous regime.”

“We believe that young people should be empowered to think out of the box, to ask tough questions and to develop their own methods of expression and creativity.

“Heavy-handed responses from the government will have a chilling effect on the ability of students to gain the kind of intellectual independence that the 21st century demands.

"It also cripples the ability of teachers to provide confident, sympathetic and empowering guidance,” it added.

Since the state of the environment is one of the most critical issues worldwide at present, ReformARTsi said, it is understandable that artists, both adults and children alike, would wish to use their art to address this issue.

“These students should be applauded for their civic-mindedness and optimistic energy. Their actions do not constitute propaganda, but a real and honest attempt to deal with the challenging developments of the modern world, through artistic expression.

“This is an opportunity for a respectful discussion from all sides about the importance of art, freedom and the education of open minds in discussing issues affecting us as a nation,” it added.

ReformARTsi, which advocates policy changes in the areas of finance for the arts, arts education, and freedom of expression, hopes the government would opt for engagement instead.

On Tuesday, Kok criticised the performance, which claimed that oil palm trees led to deforestation and killed up to 3,000 orangutans annually.

Urging the headmaster and teachers to stop emulating European countries, she accused them of doing a disservice to the nation.

Kok also claimed that several international schools had turned down the Malaysian Palm Oil Council (MPOC) with regard to its efforts to promote awareness on palm oil.

Yesterday, education director-general Amin Senin said the Education Ministry would take action against the school based on the provisions provided by the Education Act 1996 (Act 550).

In a statement this morning, Kok also refuted allegations that her stand stifled freedom of expression.

Even so, Freedom Film Network executive director Anna Har said, the minister's initial response and the subsequent action from the Education Ministry sets a precedent that the Harapan government will punish dissenting views.

"Even though it may not be Kok’s intention to stifle freedom of expression, but people in general will get the idea that giving space for dissenting thoughts is not encouraged and will receive the wrath of the government," she told Malaysiakini.

She added the school's silence on the issue is also of note, as it shows that the school is either not allowed to defend itself, or has been cowed in the debacle.

She said freedom of expression is essential to a functioning democracy where citizens are empowered to participate and speak out on anything that affects their lives.

"The Pakatan Harapan government needs to move away from the 'protect and censure' mode of governance to an 'inform and engage' method when it comes to dealing with conflicts and contentious issues," she said.

"Similarly, the propaganda war on palm oil can only be won by genuine engagement with all the stakeholders and fighting disinformation with facts."