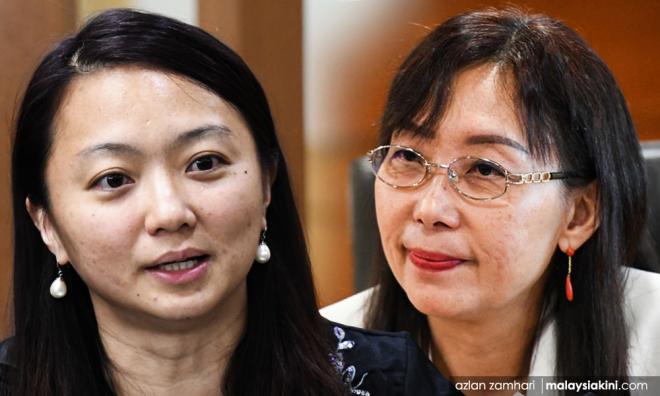 Segambut MP Hannah Yeoh (left in photo) has sprung to the defence of the international school students who received criticism for a performance which depicted oil palm in a negative light.

"I am the MP for the area where this international school is located.

"The uproar over the video and presentation by children related to orangutans and sustainable palm oil industry is unfortunate," she said in a Facebook post today.

"The video in circulation is only a small cut of a 24-minute performance by Year 3 students (7-8 years old). The students performed this at their weekly assembly. The performance covered a wide range of issues concerning the environment from climate change, global warming, solar energy, protection of oceans, plastic use, recycling effort to preservation of orangutan, and the forest."

"I have personally watched the full video, and I am convinced that there was no agenda to undermine the government's effort to promote palm oil," said Yeoh, who is also deputy women, family and community development minister.

Her reaction contrasts starkly with fellow DAP leader, Primary Industries Minister Teresa Kok, who was far from amused over the performance.

Urging the headmaster and teachers to stop emulating European countries, Kok accused them of doing a disservice to the nation and spreading "untrue and one-sided" messages to the children.

She equated the action as "sabotage" of the ministry's efforts to promote palm oil.

Striking a conciliatory tone, Yeoh said she welcomed Kok's statement today to engage in dialogue with the school and students.

"After all, this is the essence of education - to equip the next generation with information and the opportunity to make an assessment of the situation on their own without coercion," she said.

She did, however, hit out at those who were sharing the video indiscriminately.

"I appeal to you to stop circulating it as it shows the faces of these children. Children have rights too, and it is about time Malaysians learn to respect that," she said.