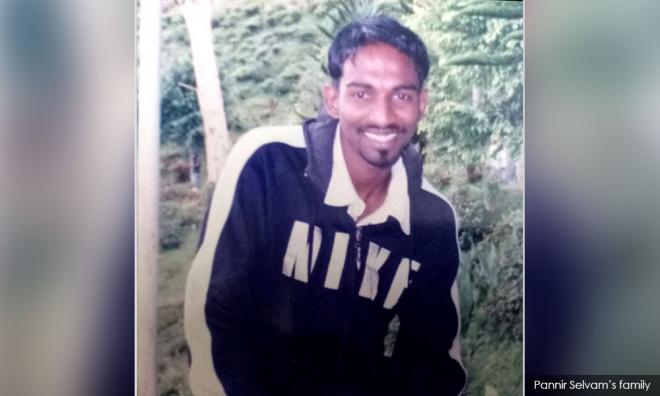 The fight for the life of P Pannir Selvam, who is on the death row in Singapore, continues as his lawyers will challenge the clemency process and Singapore's Attorney-General's Chambers' failure to issue a certificate of assistance that would have spared his life.

Lawyers for Liberty (LFL) adviser N Surendran said that the court in Singapore has fixed the hearing date on July 19.

"A lot hangs on that hearing - whether we will be successful or not," said Surendran at the LFL office in Petaling Jaya.

He was flanked by Pannir's siblings who have been tirelessly fighting to save Pannir's from the gallows and be given a life imprisonment sentence instead.

Pannir received an eleventh-hour stay of execution just a few weeks ago.

He was scheduled to be hanged in Changi prison on May 24, but a day prior to that, he managed to obtain the last minute stay of execution to spare his life.

This after the court ruled that Pannir should be given ample time to get legal advice after he was informed of his execution date and the president's rejection of his clemency petition only a week in advance.

According to Surendran, the clemency process was flawed fundamentally.

The letter from Changi Prison saying that he would be executed and the letter from president rejecting the clemency were dated on the same day, May 17.

"This indicated a serious flaw because surely the prison should not know the clemency has been rejected when letter from the president's office has not been issued yet.

Pannir's legal team is also challenging the failure of the attorney-general's chambers to issue a certificate of substantive assistance (CSA) to Pannir.

"Under Singapore's law, attorney-general can give the CSA when a person convicted for drug offence assisted the authorities.

"If that is done, then the court can, instead of imposing a death sentence, give him a life imprisonment sentence.

"The facts are clear that Panir has assisted the authorities. He was duped by a certain Malaysian-based kingpin at that time, and he had given the authorities the details and information of the kingpin," said Surendran.

He has denied knowing he was carrying prohibited drugs, and the Singapore High Court judge, in convicting him, had also found that he was a mere drug mule.

Meanwhile, Pannir's younger sister, P Angelia, 25, urged the public to sign the petition at www.savepannir.info to save Pannir from the gallows.

"My brother is a kind person. There is one incident where he fetched me from school. He saw construction workers and he bought them bottled water.

"People take advantage of his kind heart. He was duped into bringing 'sex tablets' (which turned out to be drugs). We believe the Singaporean government will judge fairly and save his life," said Angelia.