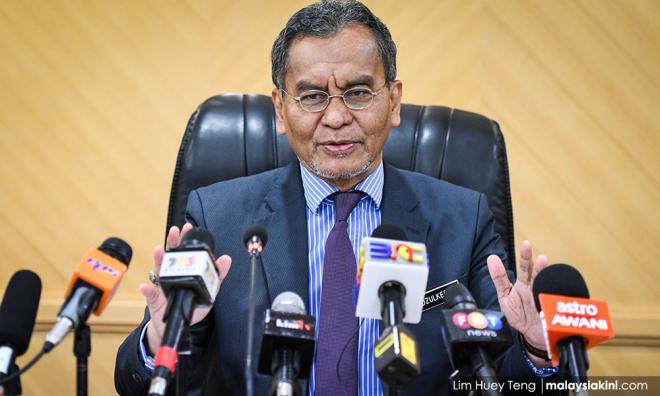 Only 3 Kuala Koh deaths confirmed due to measles, 12 others undetermined

The Health Ministry said that laboratory testing of the three of the deaths among the Orang Asli at Kuala Koh, Gua Musang, has confirmed that the cause of death was complications due to measles.

Meanwhile, the post-mortem on the other 12 bodies found by the police could not determine the cause of death.

“However, the toxicology, heavy metals and entomology tests (on the 12 bodies) have not been concluded yet,” Health Minister Dr Dzulkefly Ahmad (photo, above) said in a statement today.

The measles outbreak, which was first detected in Kuala Koh, has since spread to the Orang Asli tribes in Kampung Gerdong, Hulu Terengganu and Kampung Ulu Sat, Jerantut.

Despite that, as of July 5, Dzulkefly said there have been no reported deaths from Terengganu and Pahang.

So far, a total of 173 cases have been reported - 147 in Kelantan including three deaths, 18 in Terengganu and eight in Pahang. Of the number, 82 have been confirmed to be measles through laboratory testing.

In Kelantan, 48 cases are still being treated, with 46 people in isolation wards and two in intensive care units. However, they are all stable.

In Terengganu, five people are still being treated in isolation wards though they are all stable as well.

In Pahang, none of the people has been hospitalised.

The district health offices have responded to this outbreak through immunisation against measles among the affected communities in Kelantan, Terengganu and Pahang.

These efforts are being carried out in collaboration with the Orang Asli Development Department (Jakoa) and the respective tok batin (headman).

“The Health Ministry would like to state that this outbreak is now under control. Any additional developments about this outbreak will be announced from time to time,” Dzulkefly said.