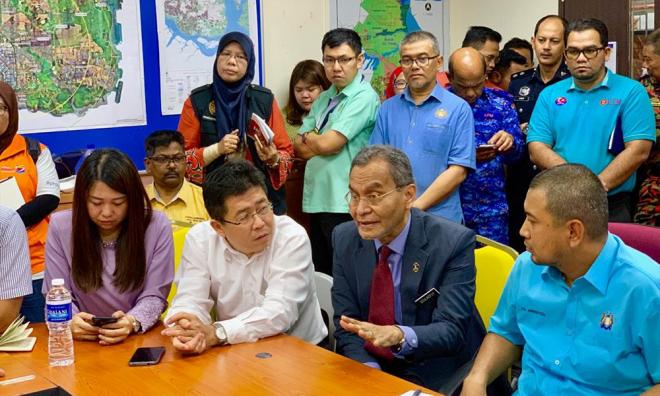 Pasir Gudang death due to heart failure, not pollution - Dzulkefly

Health Minister Dzulkefly Ahmad has denied social media rumours that a woman's death in Pasir Gudang yesterday was triggered by pollution in the area.

Social media was abuzz with speculation that pollution in Pasir Gudang had caused the 38-year-old woman to suffer breathing difficulties which ultimately led to her death.

However, Dzulkefly said in a statement today that the woman had been suffering from chronic illnesses including hypertension for the past 10 years.

"Her cause of death was not due to pollution in Pasir Gudang," he said, explaining that she had instead died due to decompensated heart failure.

Dzulkefly said the deceased was brought to the Sultan Ismail Johor Bahru Hospital on Friday due to breathing difficulties and coughing for three days prior, as well as swelling on her leg and fever.

"She was warded where checks found that the deceased was suffering from acute high blood pressure, as well as breathing difficulties.

"The medical team had tried to treat her as best they can, but her health deteriorated and she passed at 4.20am on July 6, with the cause of death classified as decompensated heart failure," he said.

He added that medical records showed that the woman did not receive any treatment during the Sungai Kim Kim pollution incident in March, nor since June 20 when cases of children with breathing difficulties were reported.

Dzulkefly extended the ministry's condolences to the woman's family, and asked the public and the media to respect her family's feelings, and not spread false information.

However, unlike the Sungai Kim Kim incident in March, the cause of the problem has yet to be determined.