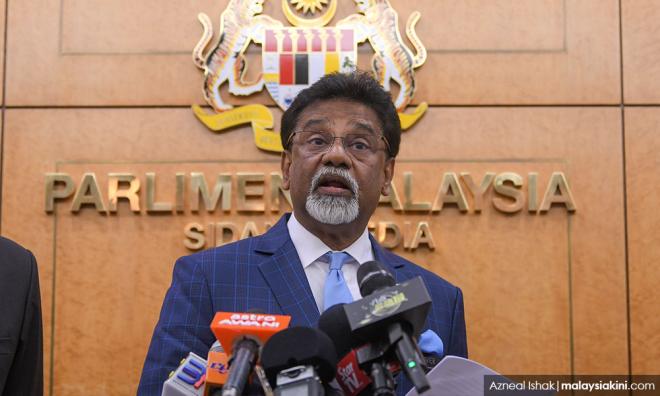 Gov't has 'no intention' of amending constitution to curb deforestation

As Xavier explained, it was agreed during the formation of Malaysia that land falls under the jurisdiction of state governments.

"At present, we have no intention of amending the constitution as far as land is concerned," he told reporters when met at the Parliament lobby today.

"Because, as you know, one of the agreements in the formation of Malaysia is that land will be completely under state purview."

Previously, Xavier said that the government had completed its guidelines on forest management and would engage state administrations in the process.

"We will set some standard operating procedures on how states can follow the guidelines.

"The states should follow these guidelines before they degazette land for other purposes," he said.

Xavier noted, however, that the SOPs – which will be made available to media in coming weeks – will not be binding on state governments.

Earlier today, The Malaysian Insight reported that Putrajaya was pushing for a constitutional amendment to control deforestation.

However, the minister said the government is planning to amend the National Forestry Act 1984 in March next year.

"There will be more enforcement and punitive action against illegal logging, and individuals who go into the forest without permission," he said.

Meanwhile, Xavier also confirmed that a part of the Sungai Pulai Forest Reserve, where the Forest City Golf Resort is located, is no longer a mangrove reserve.

"If you are saying that there is a golf course, how can it be a forest reserve?

"The part of it which is already converted to a golf course is definitely not a mangrove reserve," he said.

When asked if he is aware of the identity of the landowner, he replied: "The state government probably, I am not sure."

"We have already seen what has happened. We have been assured by the Johor government that there will not be any more incursions, that they will safeguard the interest of the public as far as mangrove forest reserves are concerned."

Read more: Teeing off in a forest reserve

The Sungai Pulai Forest Reserve, which supports a rich biodiversity of many mangrove and animal species, was gazetted in 1962.

In 2003, it was identified as a wetland of international importance and placed on the Ramsar List. Malaysia is a signatory of the Ramsar Convention.

In a special report, Malaysiakini established that Forest City Golf Resort comprises an area that is part of the forest reserve.

However, there are some doubtful points in the process of land use changes.

Malaysiakini has been contacting representatives of Forest City for comment since January, but no response has been received at the time of writing.