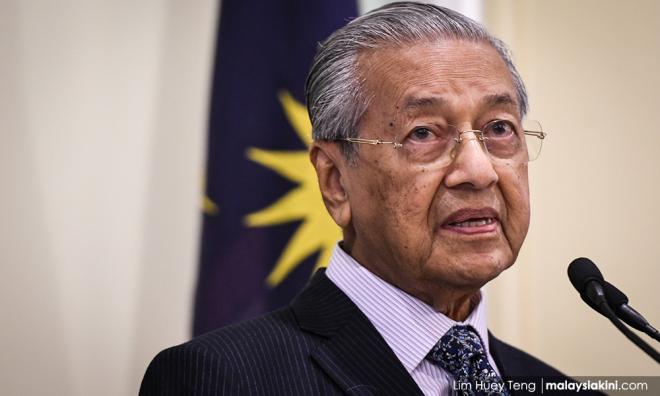 The national car's production is not only to expand the manufacturing industry but a platform to train skilled workers in the automotive industry said Prime Minister Dr Mahathir Mohamad (photo).

He said automotive was among the industries that could churn out many skilled workers because a car had 4,000 parts and their methods of production and installation must be learnt.

"Now we know how to make a car and when we know how to design and produce cars, we also learn engineering involved. We learnt many things just out of one industry only,” he said at the Educational and Technical and Vocational Training Conference (TVET) dialogue session in Putrajaya today.

The prime minister said this when replying to a question from the CEO of the Institute of Automotive, Robotic and Internet of Things Malaysia, Datuk Madani Sahari on TVET as an effective method in resolving the problems of the gap between the workers’ skills and the needs of the automotive industry.

Mahathir said automotive industry players must always enhance their capacities in line with the sophistication of the current vehicle manufacturing technology.

Unlike the manufacturing of the first national car Proton Saga, he said current cars were far more complex and involved the installation of up to 200 computer microchips for the car to be driven more easily.

"Now we not only install cars but oversee the engine or robot that installs the cars, so how we supervise these machines is also a skill needed to manufacture cars in this era.

"Now, the cars can go on their own and we can order them to go here and there. The first Proton Saga could not (do this) but if we buy Proton X70 (photo, above), we can talk to the car. If we are alone in the car, people will say we are mad,” he said in jest.

Mahathir said other industries like aerospace also required many skilled workers as they are among the biggest industries producing components. Malaysia produces aeroplane components parts for Airbus and Boeing.

He said the first time the Langkawi International Maritime and Aerospace (LIMA) Exhibition was held in 1991, not one Malaysia-produced component was exhibited, but now almost the entire exhibition comprised of Malaysian-made goods.

"I am confident Malaysians are no less qualified than other nationalities. The question is whether they want it or not. If we don’t want to learn, we will be left behind,” he said.

“There are lots of things that you can do. I am confident one of the ways is to appoint a new person to head Finas. I hope you don’t fail us. I cannot be of much help because I am not creative like them...but I am creative in politics.

“The equipment today is sophisticated, can do everything. Now we must learn to use this equipment and read a lot of storybooks,” he said adding in jest that local film producers need not produce too many ghost stories.