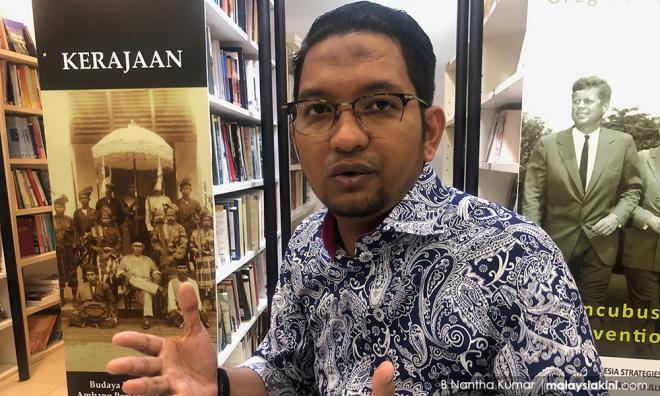 The Johor government has reversed its stance on the age limit for youths again, maintaining the status quo of defining youths as those aged 15 to 40.

This came after a series of statements, with Johor Menteri Besar Dr Sahruddin Jamal first announcing yesterday that the state would maintain an upper limit of 40 years for youths, despite Putrajaya’s move to lower it to 30 years.

Subsequently, Johor executive councillor Sheikh Umar Bagharib Ali had said this afternoon that the Johor government would follow Putrajaya’s lead instead and abide by the new age limit.

However, in a later statement this evening, Sheikh Umar said the state government will maintain its original stance following “further discussion and advice from several parties”.

He said this was in order to re-evaluate the implications of the amendments to the Youth Societies and Youth Development Act 2007 that had recently been passed in the Dewan Rakyat.

“Therefore, the state government will reinstate the youth age limit in the state at 40 years as announced by the Johor menteri besar earlier until this Act is gazetted in 2021.

“This is to ensure adequate time for preparations and that it is done with care.

“Towards the gazetting of (the Bill) in 2021, the state government will continue to study its suitability for implementation in Johor.

“This period of preparation is part of the long and challenging reforms that must be faced by everyone,” he said in the statement today, without naming those who “advised” the government on the matter.

Apart from Johor, Selangor and Sarawak are also maintaining the existing definition for youth as referring to those between 15 and 40.

The amendments to the Youth Societies and Youth Development Act 2007 were tabled by Youth and Sports Minister Syed Saddiq Syed Abdul Rahman on July 3, and passed on the same day.

Under the amendments, office-bearers of youth societies must be under the age of 30 at the time of appointment, and would be disqualified from office upon turning 30.

However, the bill also provides an exemption for all appointed or elected office-bearers currently between the ages of 30 and 40, who will be allowed to remain in their posts until the end of their terms.

politics
youth
age
johor
Related Reports
Numan says 'no regrets' leaving ministry post after LGBT backlash
a year ago
PM: Committee to be formed on fulfilling Harapan's manifesto
a year ago
Gov't agrees to opposition's conditions, to table new bill on Undi18
a year ago
'Happy to be where I am' - KJ on invitation to join Bersatu
a year ago